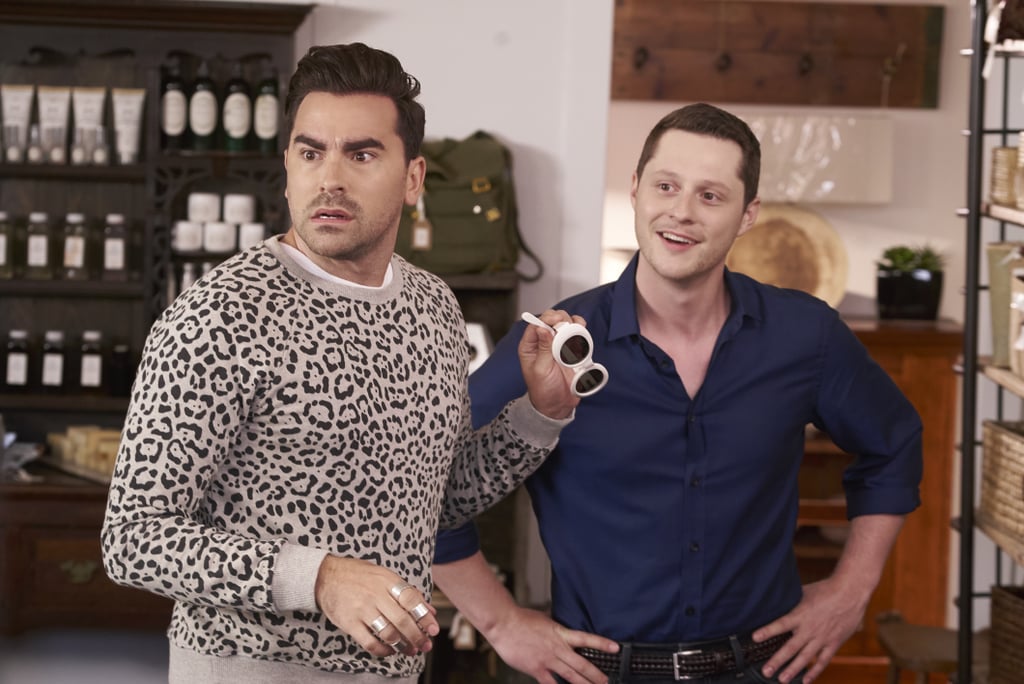 Schitt’s Creek Has a Webisode Series, and You Need to See David Give Parenting Advice

As someone who has recently fallen in love with the father-son created masterpiece that is Schitt's Creek, I blew through six seasons in fewer than two weeks. After rewatching every episode various times (I've basically memorised David's choreography to Tina Turner's The Best at this point), I resigned myself to GIF roundups and fan-made compilations on YouTube. That's how I found Inside Schitt's Creek, the companion series. Unlike most shows whose online presence is limited to promos and the occasional blooper reel, however, the cast and crew of this Pop TV original have gone far, far beyond.

Inside Schitt's Creek, which can be found on the show's YouTube channel, follows the residents of Schitt's Creek as they go through their everyday lives and chat about random topics. What makes these shorts so special, though, is that they seem to be completely off the cuff. Despite starring two comedic improv legends (Eugene Levy and Catherine O'Hara, who play the patriarch and matriarch of the Rose family, respectively) Levy's son Dan, who serves as cocreator with his father and showrunner along with playing their son, David, insists on sticking to the script. These one-to-two minute clips are where all the rules go out the door, though. And, there really is nothing better than seeing the actors break character or saying things that definitely wouldn't make it on air.

Whether it's David describing his experience with the Amish family or Annie Murphy's Alexis telling us about losing her virginity on a pirate ship (uh-huh), there's barely a moment to breathe between all the laughter. Now that our favourite riches-to-rags family has finished their run, we'll be watching these little treasures on repeat.