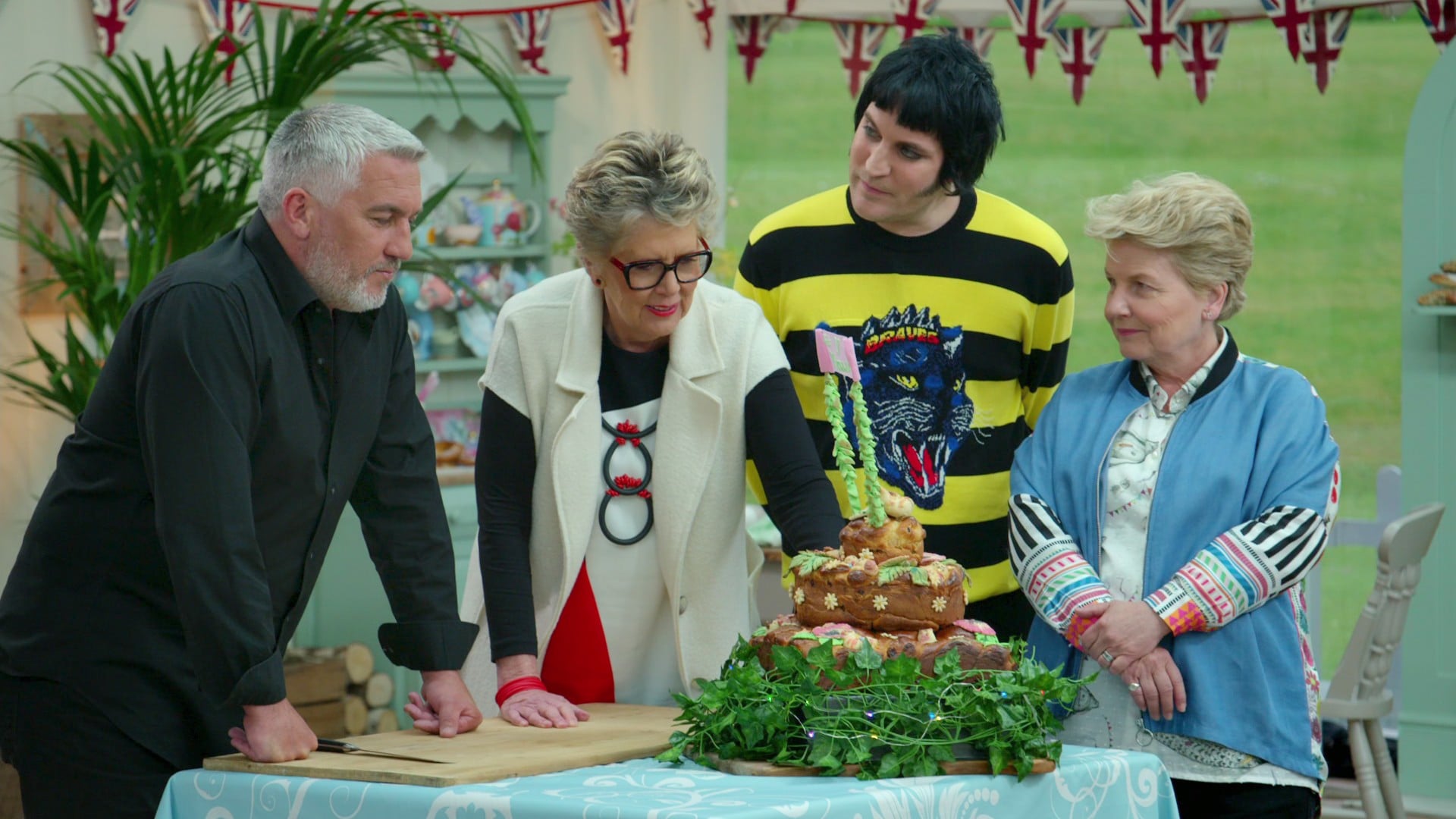 The Great Celebrity Bake Off in aid of Stand Up To Cancer will return in 2020, and this year's line-up might be the best yet.

A whole host of celebrities will be returning to the tent to bake for charity in the five-part series. In each episode, four celebrities will battle it out to impress judges Prue Leith and Paul Hollywood to win the title of star baker and earn a spot in the final. Noel Fielding and Sandi Toksvi will also be returning to the tent to assist the bakers by providing tea (it is the Great British bake off after all) and emotional support, all while being their incredibly entertaining selves. Read on to see a list of all the 20 celebrities that'll be entering the tent for The Great Celebrity Bake Off, which will air on Channel 4 in 2020.