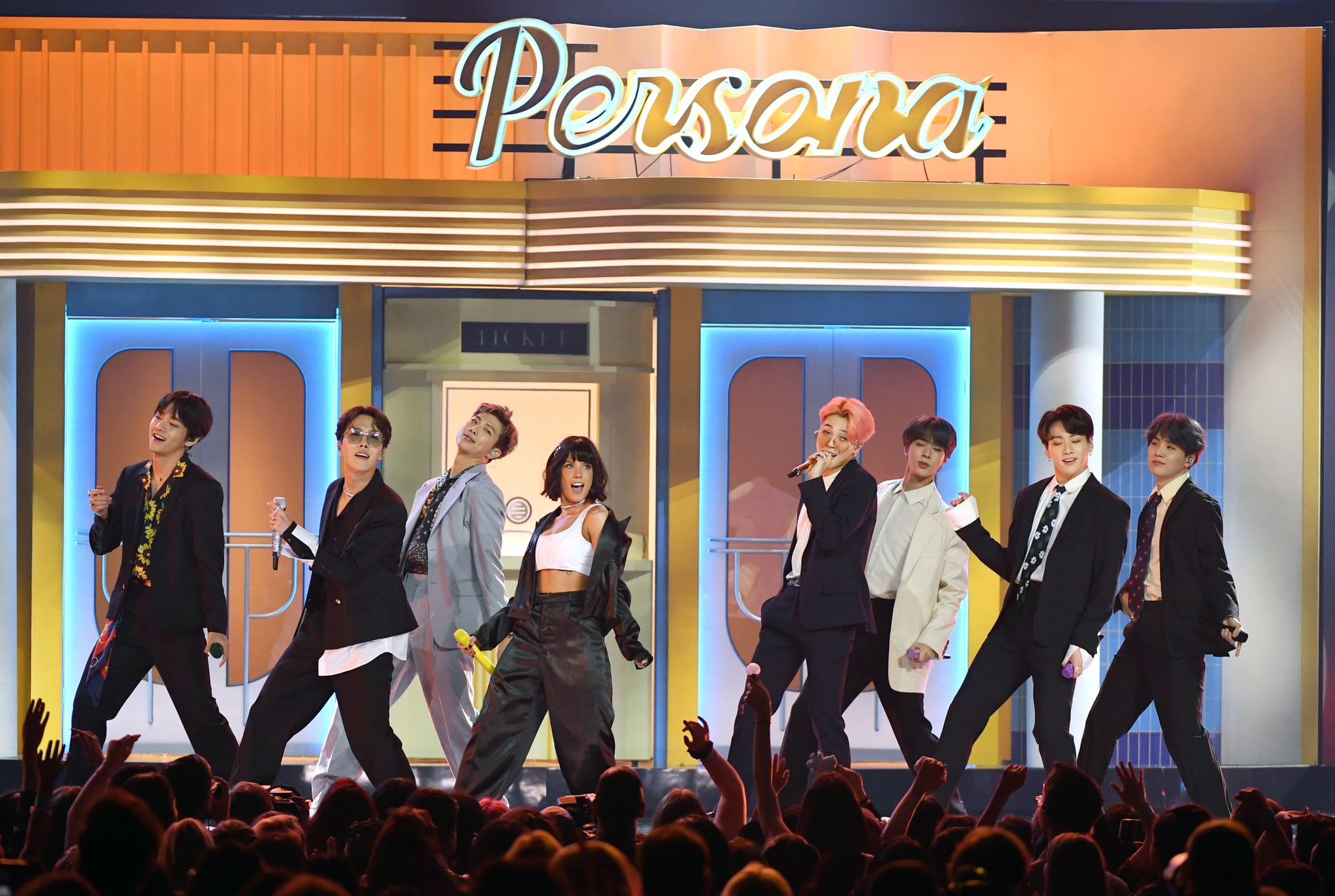 Halsey declared BTS "the coolest band in the world," and the ARMY agree! The singer posted photos of themself backstage alongside RM, Jin, Jimin, Suga, Jungkook, V, and J-Hope during night three of the group's Permission to Dance on Stage concert run in Los Angeles. BTS kept it chill in the photos and served subtle smizes, but Halsey couldn't contain her excitement with a wide grin as they crouched in front of the band. "Beyond words 🔮," Halsey described on Instagram of watching the Korean boy band on stage on Wednesday. My only wish is that Halsey did a surprise performance like Megan Thee Stallion did on Sunday.

The pop star collaborated with BTS for their hit "Boy With Luv" and for "Suga's Interlude" on her Manic album. Clearly, they have a strong bond. The Grammy-nominated artist sweetly referred to BTS as the "uncle gang" to baby Ender and shared photos with the tiny tyke on their shoulders before heading to the show. Check out the photos below for a serotonin boost!

Events
Finally Ready to Make Some 2022 Plans? Here's a List to Get You Started
by Navi Ahluwalia 6 hours ago

Celebrity Twitter
Taylor Swift Fires Back at Blur's Damon Albarn: "I Write ALL of My Own Songs"
by Princess Gabbara 19 hours ago