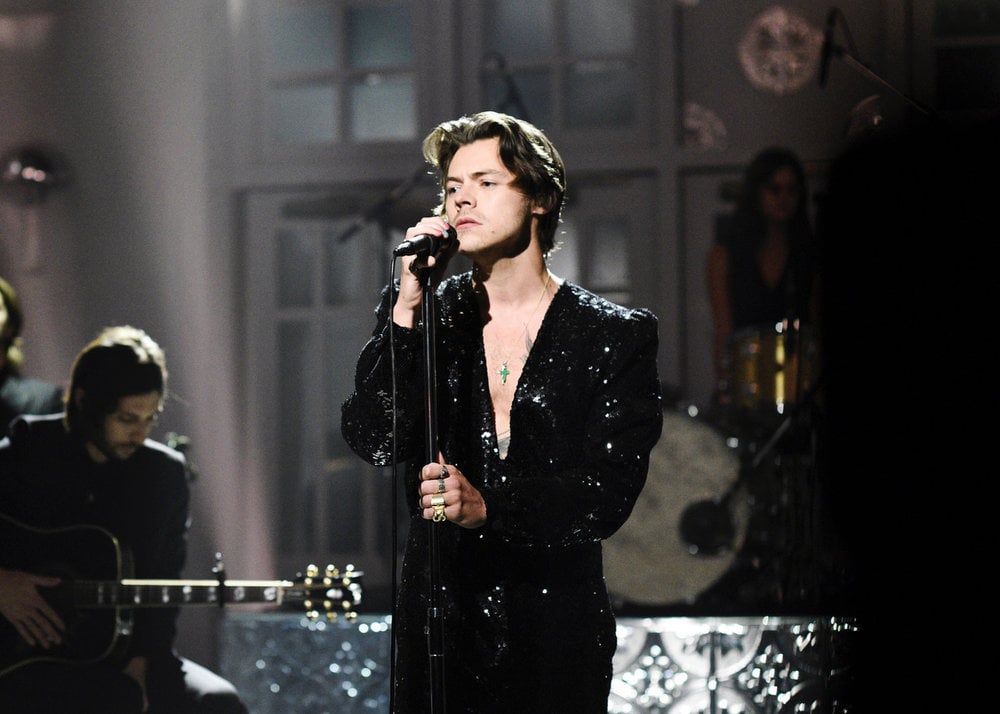 Harry Styles has been dropping surprises on his fans since the release of "Lights Up" in October, and his night on this week's Saturday Night Live was no different. During the singer's evening of pulling double duty as host and musical guest, he delivered two show stopping performances of his latest singles. First, Styles sang a soulful rendition of trippy jam "Lights Up," with beautiful background vocals and instrumentals. He then returned to the stage for a rousing performance of the "Watermelon Sugar" song he teased fans with earlier in the month.

Both songs are featured on Styles's upcoming sophomore album, Fine Line, which drops on Dec. 13. His performances are a scintillating taste of the LP that will definitely have fans excited for the official release and the world tour kicking off in June 2020. And to think, we might not have had any of this if the 25-year-old musician had been busy playing Prince Eric for Disney's live-action adaptation of The Little Mermaid! Watch his SNL performances ahead.

Related:
Harry Styles Will Hit the Road With Love on Tour 2020, and We Can't Wait to Buy Tickets
Previous Next Start Slideshow
Harry StylesSaturday Night LiveMusicTV