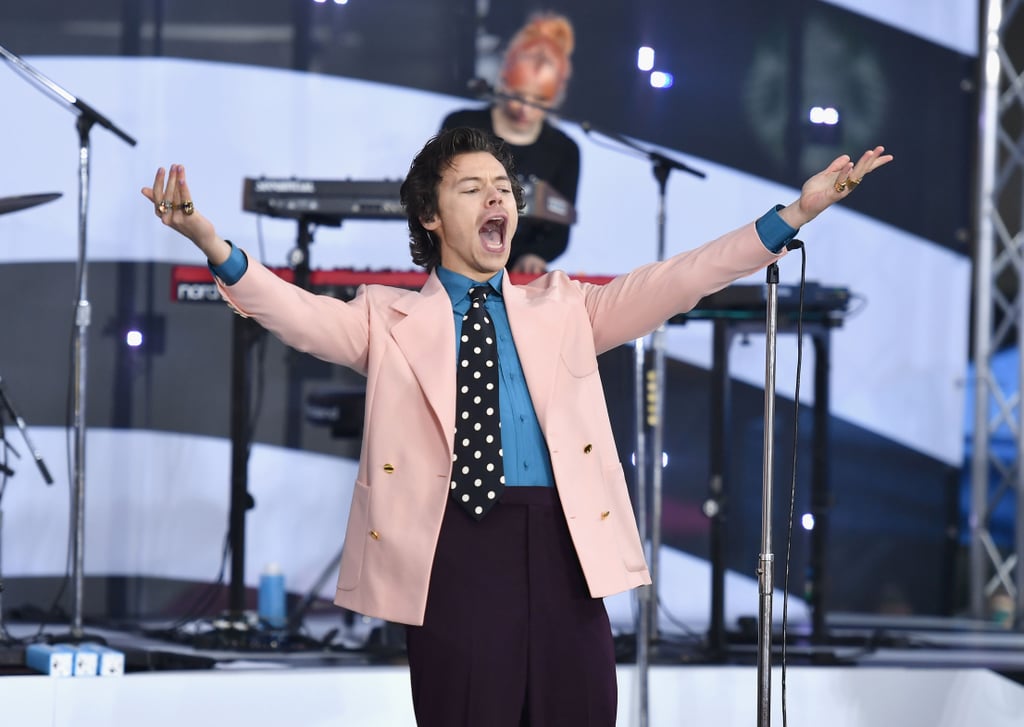 Who needs coffee to wake you up in the morning when you've got Harry Styles belting out "Kiwi" in front of your very eyes at 7 a.m., am I right? A group of lucky New Yorkers were blessed enough to witness just that early Wednesday at the Rockefeller Centre, where thousands of fans lined up to see Styles perform live on the Today show — some even multiple days beforehand.

Wearing a pink jacket, polka-dotted tie, and blue button-down, the 26-year-old star sang a few tracks off his Fine Line album, including "Adore You," "Watermelon Sugar," and "Lights Up," in addition to his high-energy 2017 hit "Kiwi." After dousing the already rain-soaked crowd with bottled water during his "Kiwi" performance, Styles adorably admitted to talk-show host Hoda Kotb, "I've never done that song this early."

Ahead, see all the videos and pictures from Styles's Today appearance in the Big Apple, and be sure to watch a (very passionate) fan in the audience go positively berserk after winning VIP tickets to his tour this Summer.