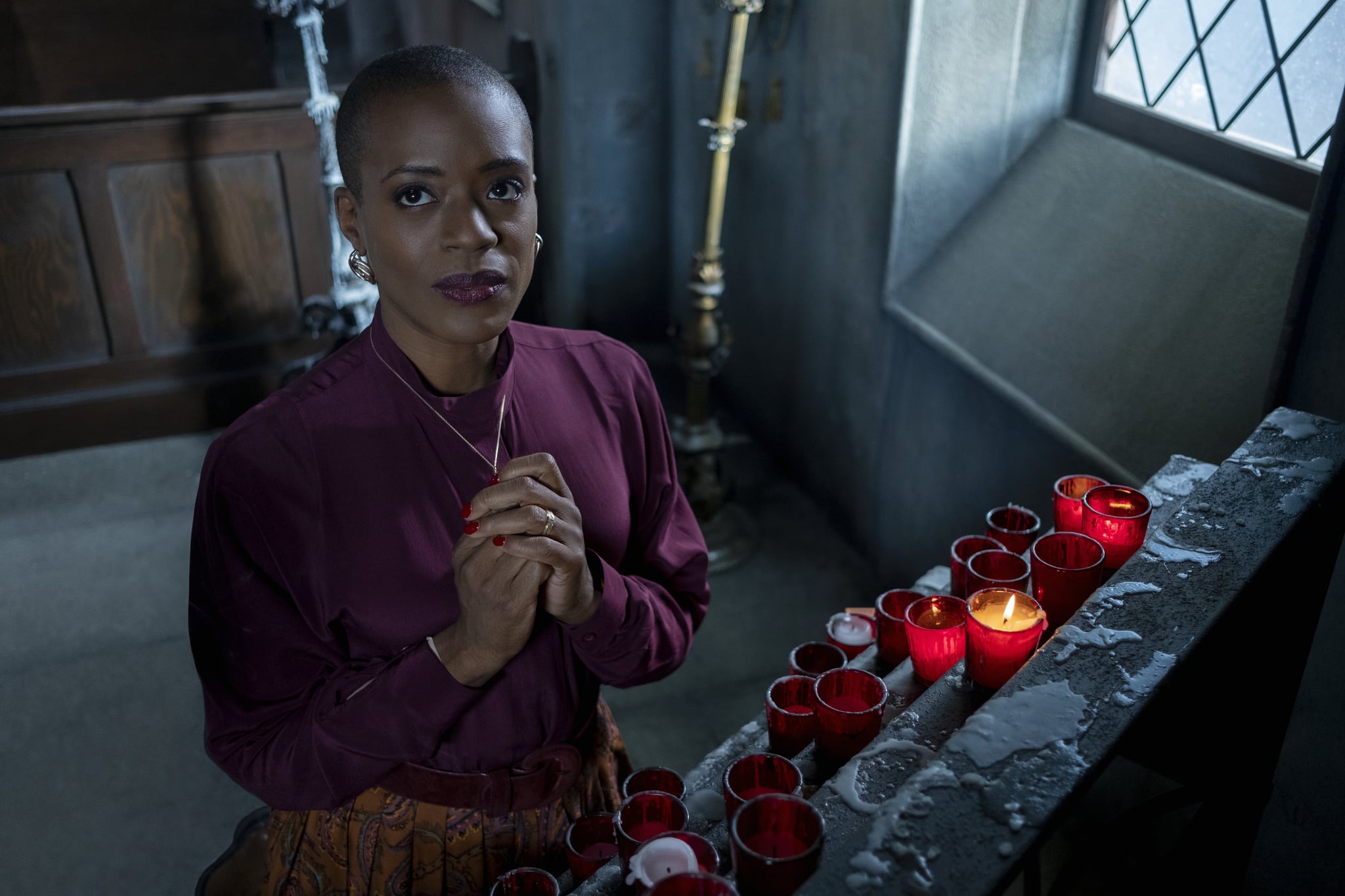 Hannah Grose, the strong yet kind housekeeper at Bly Manor, quickly endears herself to Dani when she shows up to be the au pair. But even from the beginning, as lovely as she seems, there is something off about this Haunting of Bly Manor character. In a show with so many twists and turns, heavy emphasis on the twists, you couldn't help but assume that maybe Hannah wasn't who you thought.

Dani first meets Hannah when Flora Wingrave brings her to the well on the manor's grounds. Dani and Flora find Hannah there with Flora's brother Miles. Hannah is distracted, staring into the well, before she introduces herself to Dani. From there, Hannah's seemingly normal, but we soon learn about the ghosts at the manor and how they're tucking the children away to take over their bodies and how several characters are not actually themselves.

Former manor employees Peter Quint and Rebecca Jessel both die on the manor grounds, so they're trapped. Though they can't leave, they can take over the bodies of the living, which Peter does with Miles frequently. As the story jumps around — showing the children being tucked away into memories while the ghosts take over — Hannah keeps flashing back to her memories too. She finds herself interviewing Owen (Rahul Kohli) for his job as the cook over and over, unable to confront her most horrible memory.

The day Dani arrives at the manor, Peter inhabits Miles, snaps at Hannah, and pushes her to her death in the well. It's Hannah's ghost staring into the well at her lifeless body, and it's her ghost that carries on in the manor as if nothing had happened. A few clues point to her being off, though, like how she never leaves the manor grounds — which ghosts are unable to do. That means she doesn't even go to Owen's mom's funeral, despite how close she and Owen are. She also keeps seeing cracks in the walls, which we later find out was the last thing she saw when she fell down the well: a crack in the well wall.

Hannah's soul is set free in the end when Dani offers herself to the Lady in the Lake who cursed the ghosts to stay, finding rest after her body is lifted from the well and buried.