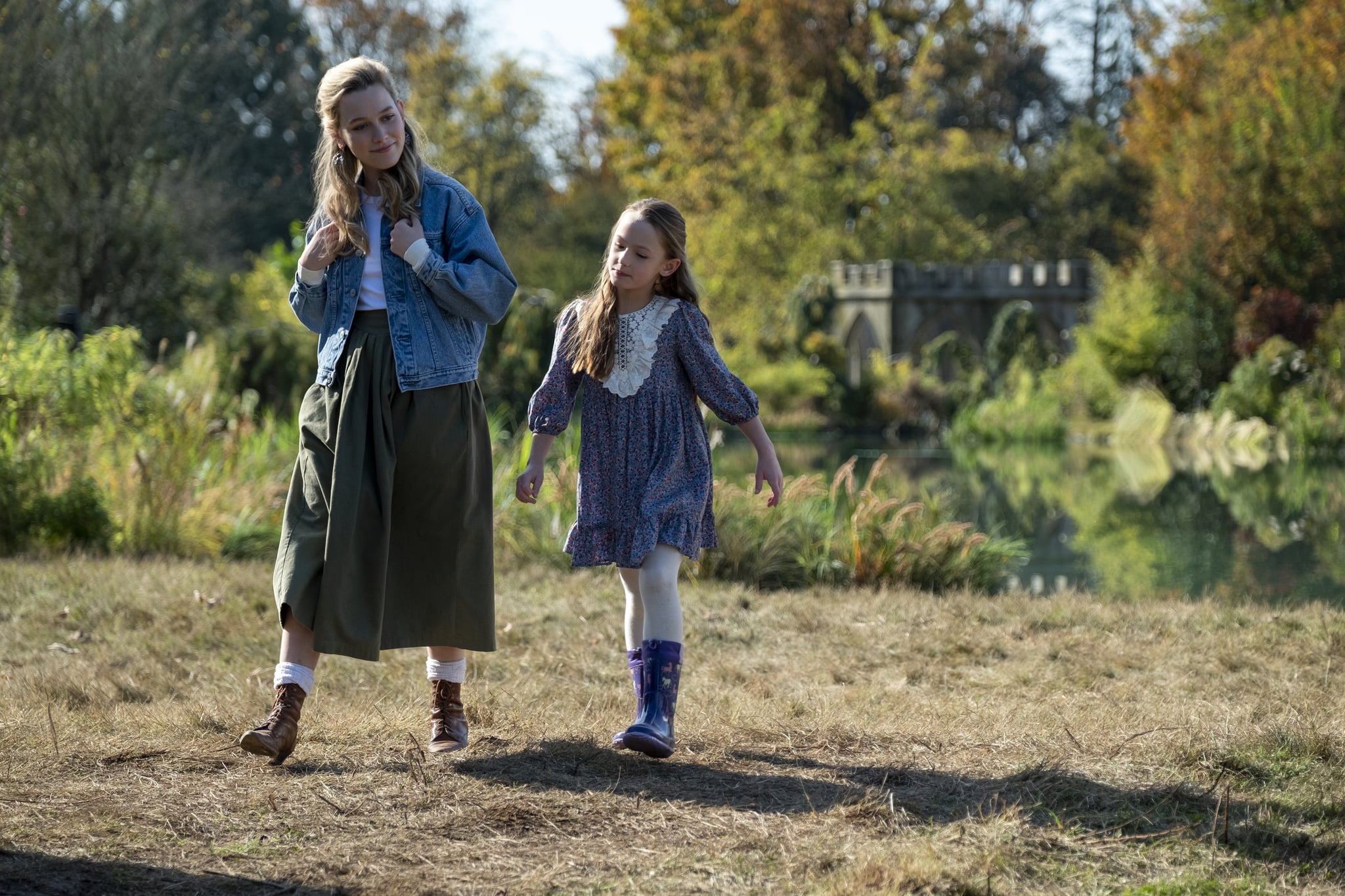 The Haunting of Bly Manor opens with a mysterious English narrator telling guests a spooky story after a rehearsal dinner in Northern California. Instead of the Christmas party in Henry James's The Turn of the Screw, the narrator is at a wedding. But whose wedding is it? From the idle conversation, we learn in the first episode that the groom's name is Jack, but we don't know much about the bride or the bride's family.

In the very last episode, we get two bittersweet reveals: the narrator turns out to be none other than Jamie the gardener. The other reveal is that the bride is Flora, the cursed little girl at Bly Manor.

The final episode follows everyone's lives after Bly. Owen stays in Europe and opens his own restaurant. Jamie and Dani head to the States, where they form a new life together. Henry brings the children to America as well. As the Lady in the Lake haunts her, Dani knows that her days are numbered, but she does spend many happy ones with Jamie. When they all gather at Owen's restaurant many years later, they learn that Flora has a boyfriend and that the children no longer remember their time at Bly. The story ends with Dani becoming the new Lady in the Lake and Jamie constantly looking for glimpses of her.

After the tale concludes, the guests leave and the bride and the narrator have a moment alone. The bride tells the woman that she believes that the story is a love story, not a ghost story, then cries when she wonders what would happen if she lost her husband. Before she leaves, the bride pauses for a moment. She thinks that the narrator may have made the story up based on a name, but then wonders how she would know it. The name is Flora, the bride's middle name. At this point, it is all but confirmed that the narrator is Jamie. From the beginning, we see her look into the sink and leave the door slightly open, just as Jamie did right after Dani died. We also see her exchange a brief but tender look with the Englishman — Owen — toasting at the beginning.

At the wedding reception, she raises her glass to the Englishman. The man stands next to a younger gentleman while they both enjoy the festivities. The shot switches, and we see Owen and Miles as they appeared in 1987. Then, the camera closes in on the bride dancing with an older man. They are revealed, in the next shot, to be Flora and Uncle Henry. And finally, we see a young Jamie wistfully looking at them.