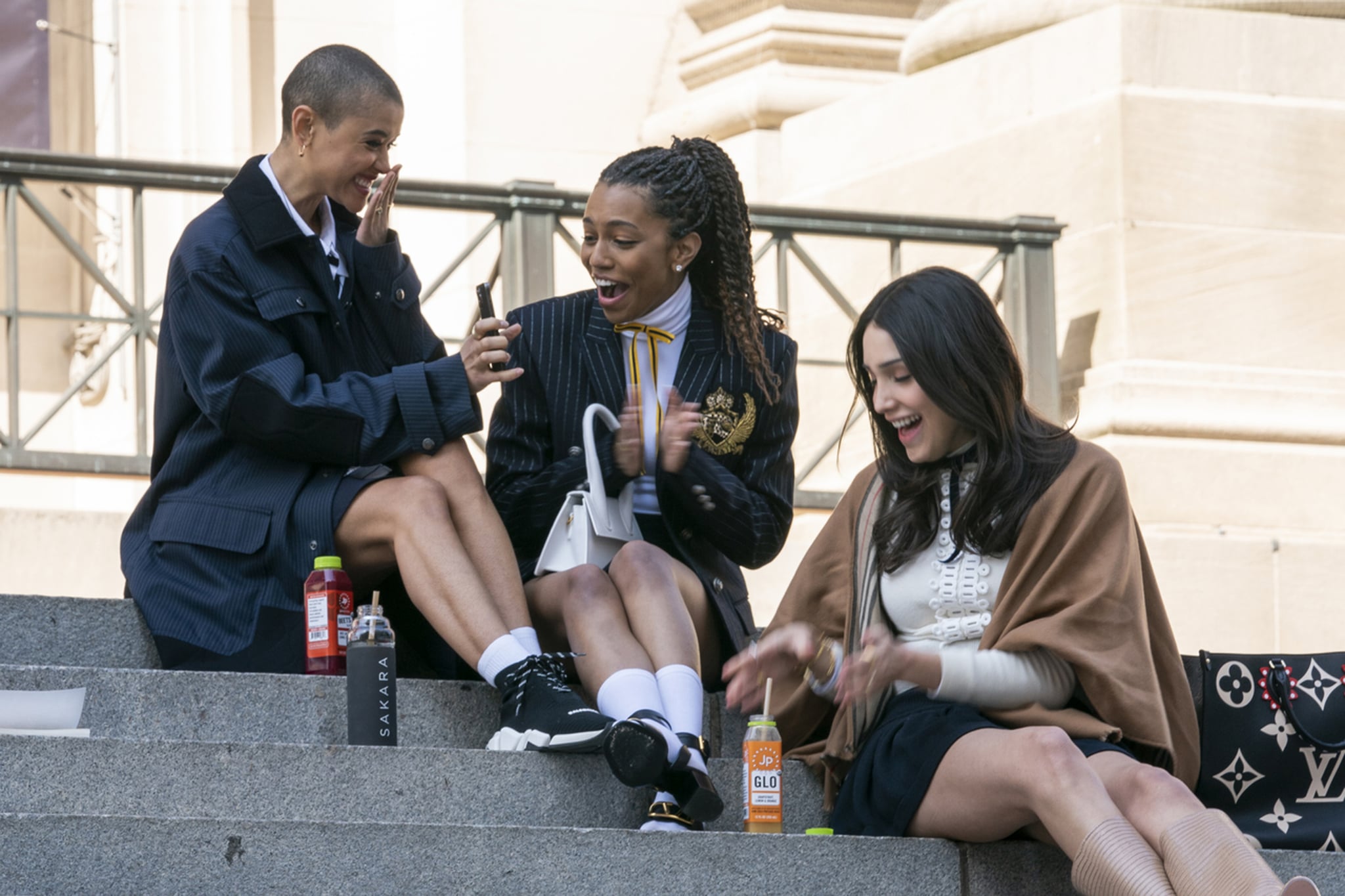 Gossip Girl, you know you love us. Week after week, we've been tuning into the drama of HBO Max's Gossip Girl reboot, but we never expected to end up on the radar of the actual Upper East Siders. In the latest episode, "Hope Sinks," which doubles as the Halloween episode, POPSUGAR gets a very special mention.

It all goes down when the students of Constance Billard attend an extravagant Halloween bash in costume. In an attempt to win the costume contest, Julien and Zoya plan the perfect sisters costume as they go as Beyoncé and Solange at the 2014 Met Gala. However, their plans are quickly thwarted when they realise that two of the popular girls from a rival school, Pippa and Bianca, have leaked their costumes in an attempt to put the spotlight on their own costumes as Blair Waldorf and Serena van der Woodsen. Talk about meta!

Trying to think quickly, Julien and Zoya decide to ditch their clothes and put on Aki and Obie's suits to transform themselves into Dan Humphrey and Chuck Bass. As Pippa and Bianca pose for the cameras, they sneak in with them last-minute, lying to the press that they planned the group outfit all along. Though she knows they now won't win the contest, Luna is moved by how cute the moment is. However, Monet is not as easily pleased. "Cute doesn't get you on the cover of Vogue," she quips. "You'd be lucky if it got you on POPSUGAR." Well, guess what, Monet? You're now on the cover of POPSUGAR! XOXO.