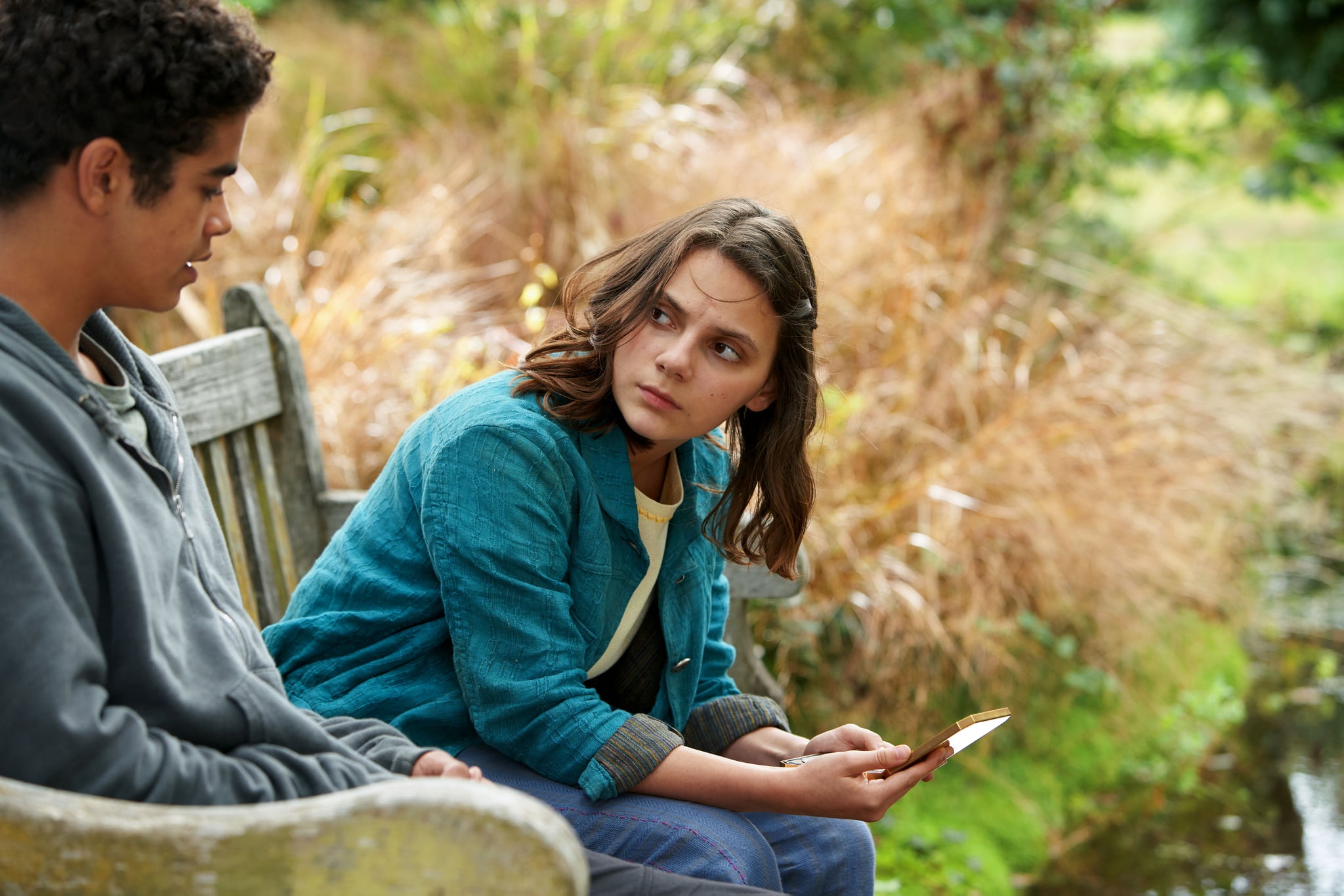 Episode 2 of His Dark Materials premiered last night, and fans had a lot to say about a certain scene that took place on a bench in the Botanic Garden in Oxford. A pretty significant location within the Philip Pullman series, the bench exists in both Lyra's world and Will's world and ends up being the meeting place for a number of heavy conversations.

In the last episode, Will and Lyra meet at the Botanic Garden in Oxford after searching for the gate that led them to Cittàgazze. Following Lyra's discovery that Will was actually a murderer, she decides to show him her alethiometer and explain how it led her to finding out that Will's father was actually alive. Following this, Will reveals he'd like to ask it about his mother, to which Lyra replies "She's worried, but the man you left her with, he's kind. She's safe." Leading Will down a somewhat complicated path, he eventually comes to the conclusion that he'll have to leave his mother behind, just like his dad did.

The conversation, all of which takes place on the above-mentioned bench, continues whilst the pair agree that their mission is to find Will's father. Resulting in serious levels of trust, friendship, and commitment, Will reveals that he doesn't know who to trust, and in turn Lyra promises that she'll never betray him. If the books are anything to go by, the bench itself is set to be a hugely important part of the next few episodes. Stay tuned.

Image Source: BBC
His Dark MaterialsTV
Around The Web

POPSUGAR Voices Team
Listen to the Synth-Filled, '80s Soundtrack For Channel 4's New Series It's A Sin
by Angela Law 7 hours ago

British Celebrities
Olly Alexander Says New Years & Years Tracks Are on the Way, Thanks to It’s a Sin
by Navi Ahluwalia 2 days ago