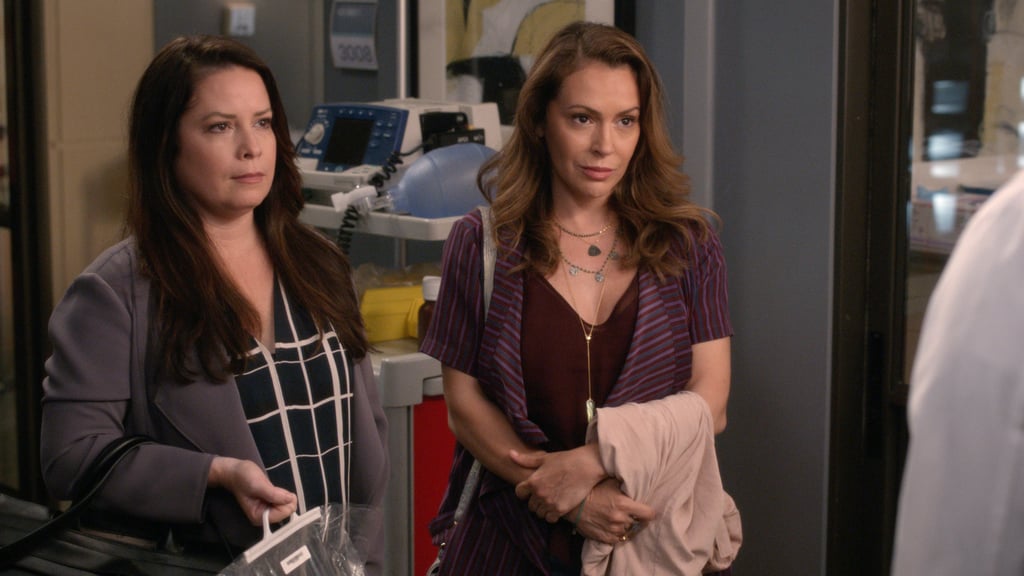 A Charmed Reunion Is Finally Happening, but It's Going Down on Grey's Anatomy

Grey Sloan Memorial is about to get Charmed with a Halliwell reunion going down in season 16. That's right, Alyssa Milano and Holly Marie Combs will portray sisters in an upcoming episode of Grey's Anatomy, slated to air on Oct. 10. Though they won't be reprising their Charmed characters — Milano and Combs portrayed Phoebe and Piper Halliwell, respectively — their guest appearance will reunite them with Krista Vernoff and Andy Reaser, who were writers on Charmed and currently serve as executive producers on Grey's Anatomy.

The two will play sisters who arrive at Grey Sloan after their other sister is admitted following a fall at a construction site (sounds pretty similar to another sister's demise). When she becomes brain dead, Combs and Milano must decide whether to keep her alive. So, it's a totally chill episode for the two to reunite!

ABC shared a photo from the episode on the show's Twitter account on Monday, showing the two actors in character at Grey Sloan. "We're excited to have the charmed ones @milano_alyssa and @thehmc guest-starring on #GreysAnatomy! #CastFromThePast," they captioned the post. They obviously aren't the only ones excited: fans quickly stormed Twitter with their delight over the guest appearances. Check out their excitement ahead and get ready for Grey's Anatomy to return on Sept. 26!