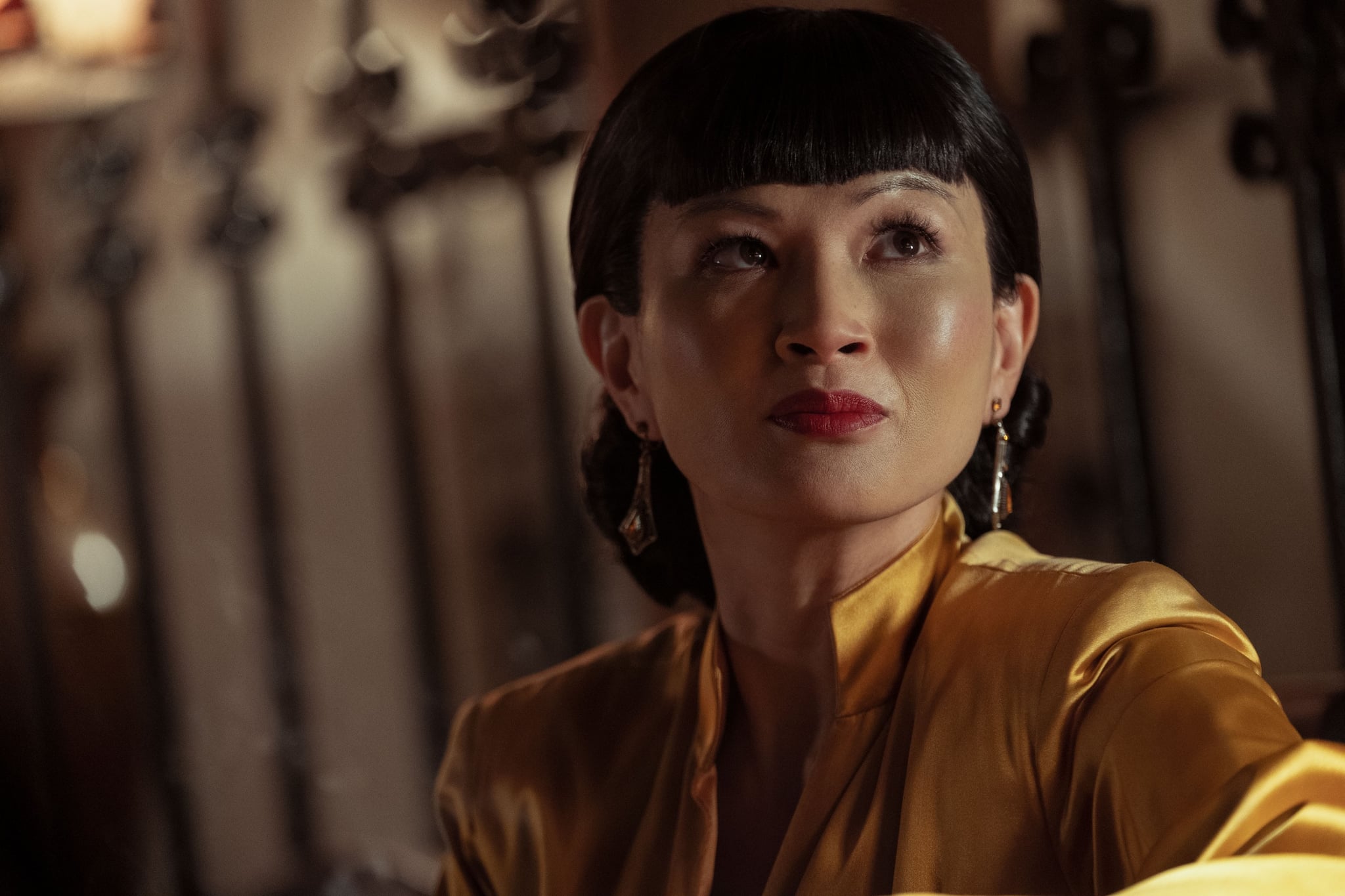 Watching Netflix's Hollywood, I felt surprised to see Michelle Krusiec pop up onscreen in episode two. Who was this glamorous, angsty woman in gorgeous cat-eye sunglasses and a flouncy purple dress? Her presence caught me off guard — I wasn't used to seeing an Asian woman on modern American TV, let alone an Asian woman on a show about the 1940s. On top of that, it was rare to witness an Asian woman speak candidly, almost bitterly, about her frustrations, as Krusiec does with Darren Criss, who plays Raymond Ainsley. I soon pieced together that Krusiec was portraying Anna May Wong, one of the most underappreciated actresses in American history.

"Culturally, the Asian American woman has always felt like a modern concept to me, even though I know this isn't true.

Unfortunately, my knowledge of Wong has been sparse, supplemented with a few lines in history books. Pop culture deifies white actresses such as Audrey Hepburn and Marilyn Monroe. Even in classic film courses, I only learned about people like Ingrid Bergman and Claudette Colbert. Culturally, the Asian American woman has always felt like a modern concept to me, even though I know this isn't true. I grew up an Asian American girl with little knowledge of female Asian trailblazers before the '80s, only familiar with beauty vloggers like Michelle Phan and comedians like Margaret Cho. Seeing these icons, I understood that representation matters but still took it for granted. Hollywood's revisionist retelling of Wong's life, however, presented me with the historical context to really appreciate it.

The series shows us that it has been a long struggle for Asian women in culture. Wong was the first prominent Chinese American actress in Tinseltown. While paving the way for Asian actors, the actress often found herself typecast. Directors stuck her in roles such as shrinking lotus blossoms (The Toll of the Sea) and evil dragon ladies (Daughter of the Dragon). To worsen matters, anti-miscegenation laws prevented her from being able to kiss or marry white male leads. MGM infamously passed on her for the Chinese part of O-Lan from The Good Earth, going instead with German actress Luise Rainer. As her career waned, Wong found her health declining, eventually dying at age 56 in 1961.

Hollywood puts some respect to Wong's name, even if it fictionalizes her later years. In the miniseries, Raymond, a half-Asian director, offers her a supporting role in Meg that eventually wins her an Oscar. Though her story arc is brief, the fictionalized Wong is able to voice her inner thoughts, particularly her frustrations about racist roles. To quote her fantasy Oscar speech, she emerges as "a complex woman with a heart and soul" — or at least the idea of one.

The miniseries is an exercise in wish-fulfilment, positing what could have been if minorities were simply given fair opportunities in Hollywood back then. Certainly, this lowers the narrative stakes. Even though Wong faces little resistance in Hollywood, it moved me seeing people clap for her at the Meg table read and Oscars. Ultimately, Hollywood forces us to think, why aren't gatekeepers fighting harder for representation today? Recent numbers show that Asian representation on TV remains at a standstill despite the success of Crazy Rich Asians.

It's worth diving into Wong's biography after watching the show for a fuller picture. It's tempting to say she was a victim of an unfair system, but even without Ryan Murphy's Hollywood treatment, Wong was a trailblazer who battled the odds stacked against her. She fought for her career at a young age, pushing back against the expectations from her family and a white industry. An independent spirit, Wong spoke out against roles that she deemed stereotypical — when asked to try out for the only evil role in The Good Earth, she flat-out refused. Picking herself up from this blow, she then directed My China Film, a documentary about her travels in China. Her determination kept her going, even when work dried up. Towards the end of her life, the actress became the first Asian female lead on an American TV show in The Gallery of Madame Liu-Tsong and was set to star in Flower Drum Song before her untimely death.

I'm able to write this today because of the legacy Wong leaves behind. I hope that Krusiec's humanizing portrayal will be the first of many to honour this Hollywood legend.