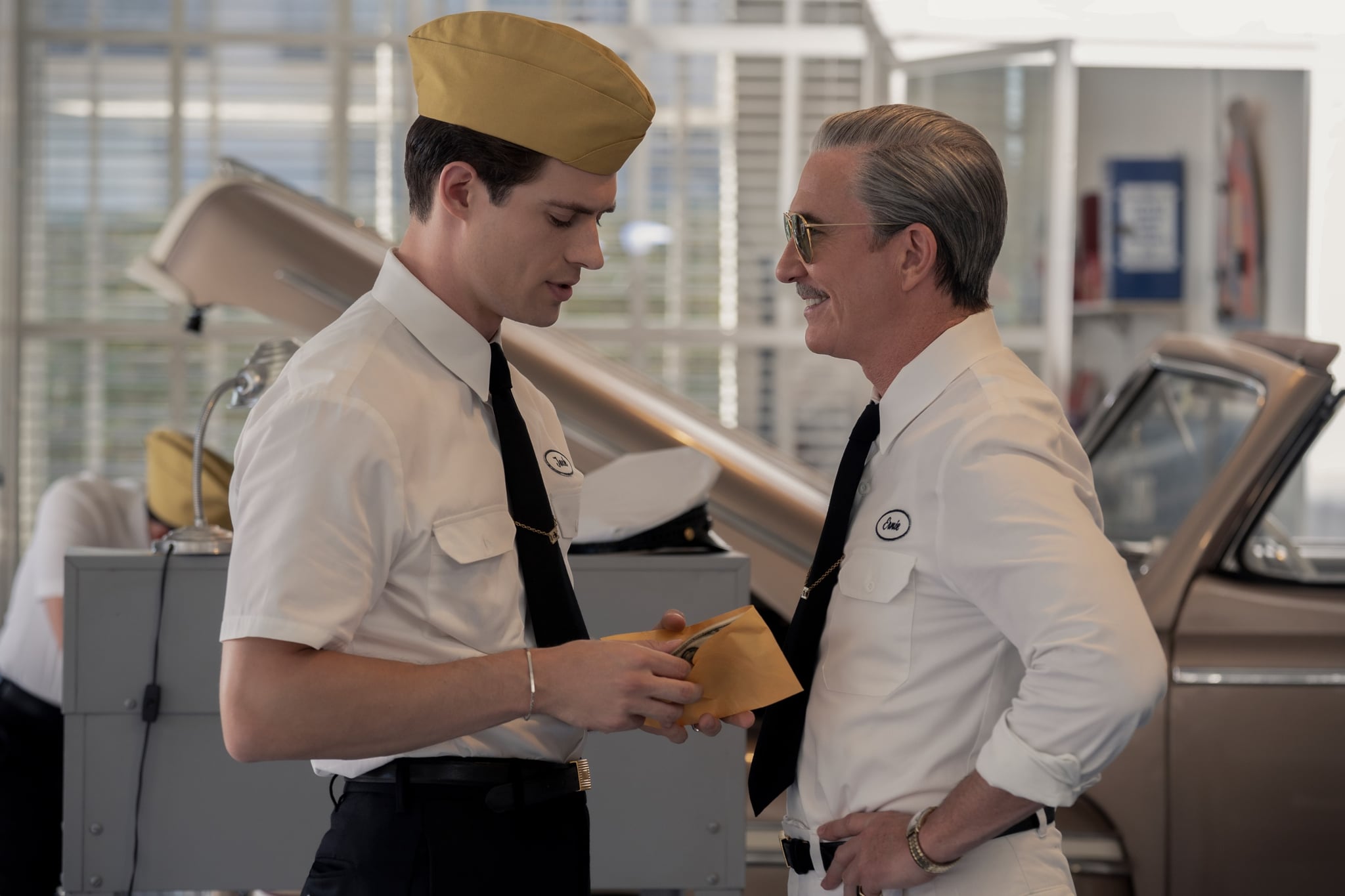 Netflix's Hollywood puts a new spin on old Hollywood, with plotlines that never could have happened in real life. One, though, did: the famous gas station in Hollywood is real — or, at least, based on reality. In the show, a very special gas station serves as a cover for a very different kind of "service": hooking up wealthy and famous clients with prostitutes or other clients. Although it might sound like the kind of thing made up for TV scandal, it's actually a famous part of the underbelly of old Hollywood.

The premise of a gas station with special "services" is based on the real story of a man named Scotty Bowers, a former Marine who owned a gas station in Hollywood in the 1940s that had a similar reputation. Bowers is not an actual character in Hollywood, but there are two original characters who fill a similar role. First, Dylan McDermott plays Ernie, who owns the show's version of the scandalous gas station, and Jack, the aspiring actor played by David Corenswet, fills the role of the naive young attendant whose "services" aren't just automotive.

According to Vanity Fair, the real Bowers famously used his gas station as a cover for arranging discreet hookups for some of Hollywood's biggest stars. Bowers wrote a 2012 memoir, Full Service: My Adventures in Hollywood and the Secret Sex Lives of the Stars, and is the subject of a 2017 documentary, Scotty and the Secret History of Hollywood, in which he reveals some of the juicy gossip he reportedly knew. In particular, the "arrangements" he made included secret encounters for actors who were closeted due to the pressures and prejudices of the era; he claimed to have arranged for both Spencer Tracy and Katharine Hepburn to meet up with same-sex lovers and to have connected Cary Grant and Rock Hudson, among others. He even claimed to have slept with some of them (Bette Davis being one of the big names he dropped) himself. If one believes Bowers's stories, it was him who allowed these stars to "live authentic lives," as documentarian Matt Tyrnauer told Vanity Fair.

Although the infamous gas station no longer exists, Bowers lived to see the documentary about his life in 2017. He died at age 96 in late 2019, and following his death, Tyrnauer paid tribute to him in The Hollywood Reporter. "His story, which he waited to tell until he was in his late 80s — and for years refused to tell at all — forms an astonishing counter-narrative of Hollywood and exposes the mores of the movie capital in a time when gay men and women were forced to be sexual outlaws and were publicly shunned and often persecuted, or at least forced to live double lives... Scotty was a central figure in the gay underground of Hollywood and served as a trusted protector of his friends and associates lives when they had no alternative but to live in the shadows." That's one heck of a legacy for a gas station and its owner to have, and it's the wild but largely true story that inspired Hollywood, now streaming on Netflix.

Netflix
Ricky Gervais Wants to Offend People – As a Trans Man, I Won't Take the Bait
by Beau Brink 18 hours ago