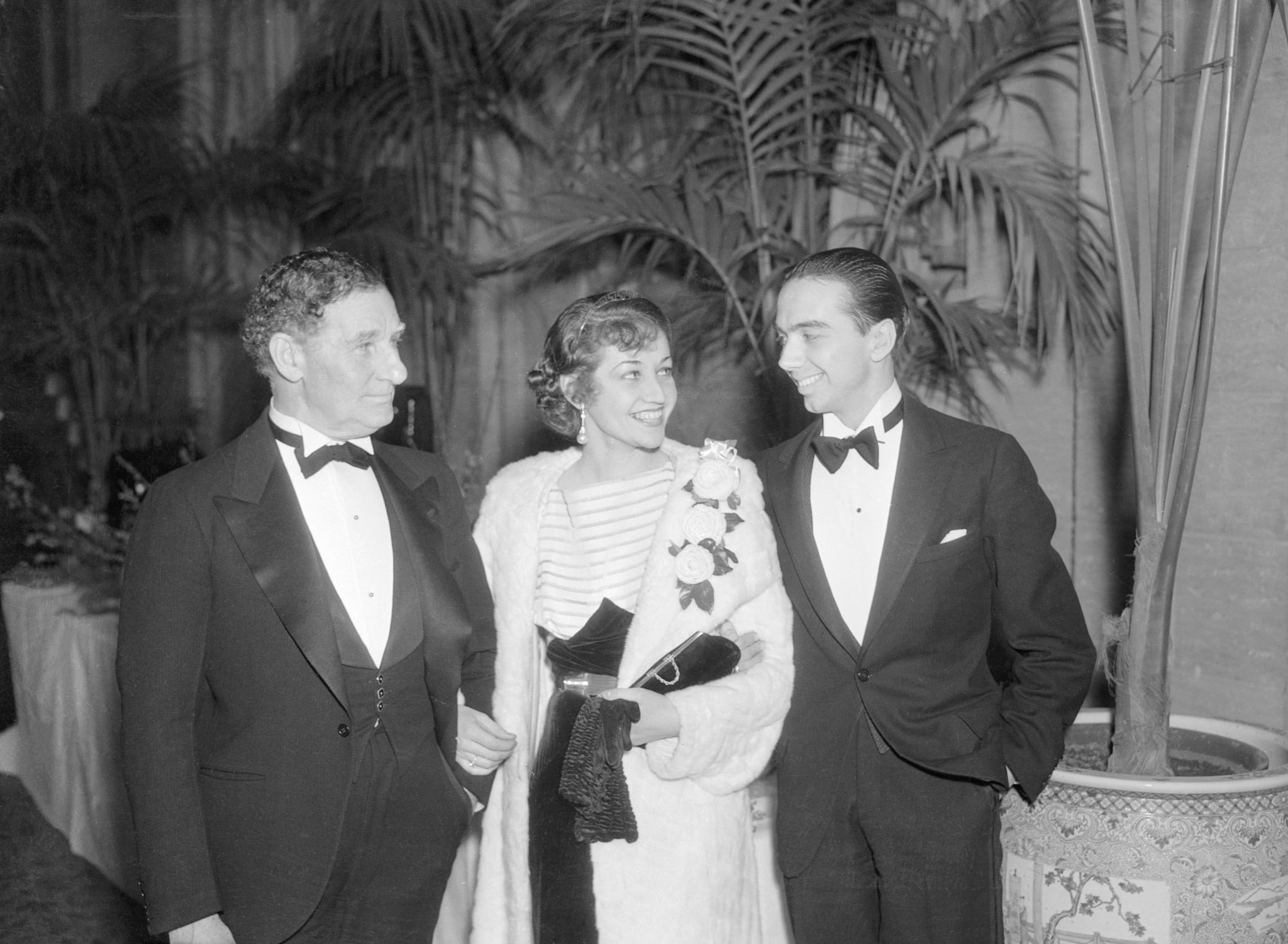 In Ryan Murphy's Hollywood, Jim Parsons brings the character of prominent agent Henry Willson to life, but how much of Hollywood's depiction is actually true? A good amount of it, actually, if we take a look back at the real Willson's life as an agent to the stars — and namely Rock Hudson.

The fictionalized Willson is a brash, closeted gay man who seemingly preys on inexperienced actors. He discovers Hudson — when he's still Roy Fitzgerald — and changes his name, his teeth, and his appearance to groom him to be a mainstay in Hollywood. He also sleeps with him, knowing Hudson is also in the closet. In the show, though, Willson loses control of Hudson when the actor decides to go public with his screenwriter boyfriend. After treating his client like trash and pushing him away, he comes groveling back a year later saying he's a changed man who has settled down with a partner, stopped drinking, and is making amends — and shopping around a movie about a gay couple.

Up until Hudson's coming-out storyline, Willson's portrayal is accurate to how the real Willson led his life in Hollywood. Willson started his Hollywood career as a writer before becoming an agent. And he did, in fact, "create" Rock Hudson, including changing his name, beefing him up, and getting his teeth fixed. He did this with many other actors at the time, including Guy Madison, Tab Hunter, and Yale Summers. But his career was a little bit unsavory, so to speak, according to Mark Griffin, who wrote All That Heaven Allows: A Biography of Rock Hudson. Griffin told NPR in 2018, "I think it was fairly well-known that if you were a Henry Willson client, as Tony Curtis once expressed it, you probably had to sexually express yourself to Henry." But it was accepted among the Hollywood elite that Willson was the man to make gay actors appear straight.

Willson went so far to help Hudson — who remained publicly closeted for his entire life — appear straight that he orchestrated a marriage between his top client and his secretary Phyllis Gates in 1955. Gates filed for divorce after just three years, and Willson was never able to force Hudson into another marriage.

Willson and Hudson continued to work together for years until Hudson's star climbed higher than Willson could reach. According to Vanity Fair, Willson's excessive drinking led him to be unreliable for Hudson, and the actor ended up firing him in 1966. Willson went on a downward spiral over the next 10 years, losing everything because of his drinking problem and eventually dying of cirrhosis of the liver in 1978. He died alone and broke and was buried in an unmarked grave.

His real ending with Hudson, though, did have some similarities to Hollywood. In Murphy's show, after Willson apologises to Hudson for everything he put him through, Hudson tells him he can't forgive him. However, Willson shares his dream of making a movie about a gay love story for Hudson to star in as a sort of penance for his wrongdoings, seemingly patching things up between the two. While none of this happened in real life, Hudson extended a sort of olive branch, toward the end of Willson's life: he sent him $20,000 to help him out after he lost everything, and reportedly said, "That's it. I don't owe Henry anything anymore."