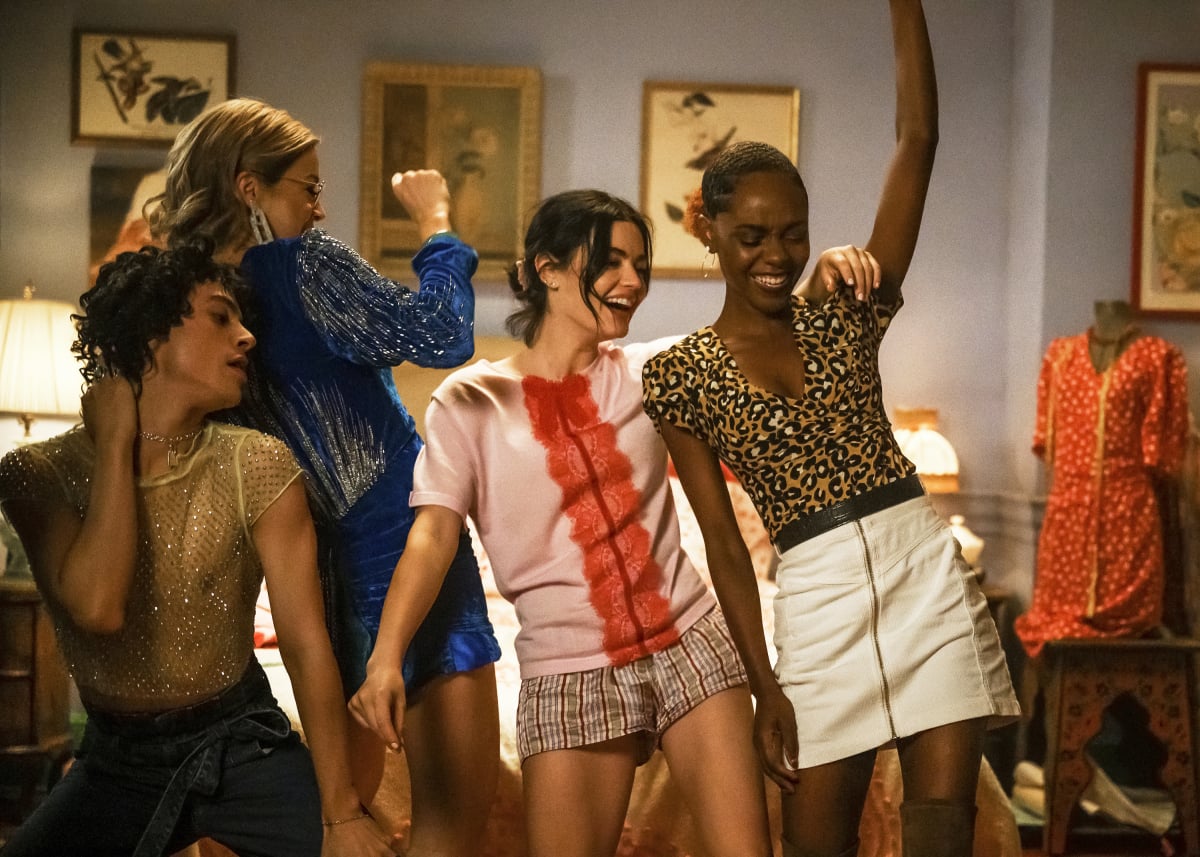 The CW's Katy Keene is filled with talented musicians, including Lucy Hale. Though the actress plays an aspiring fashion designer on the Riverdale spinoff, she does participate in a few group numbers. Most recently, her title character sang a cover of Christina Aguilera's "Dirrty" alongside Ashleigh Murray (Josie), Julia Chan (Pepper), and Jonny Beauchamp (Jorge). And before you start wondering, yes, that is really Hale singing.

Actually, Hale got her start as a singer long before she started acting. In 2003, a then-14-year-old Hale competed on American Idol's spinoff, American Idol Juniors — a singing competition series that sought the best five kids to form a singing group) — and ended up getting a record deal in the process. Though the group's album "flopped," as Hale put it, she did release a solo studio album titled Road Between in 2014. She also showed off her voice in the Cinderella Story spinoff movie, A Cinderella Story: Once Upon a Song, where she played an aspiring singer. Get a glimpse of Hale's voice as you listen to the Katy Keene cast's cover of "Dirtyy" ahead.