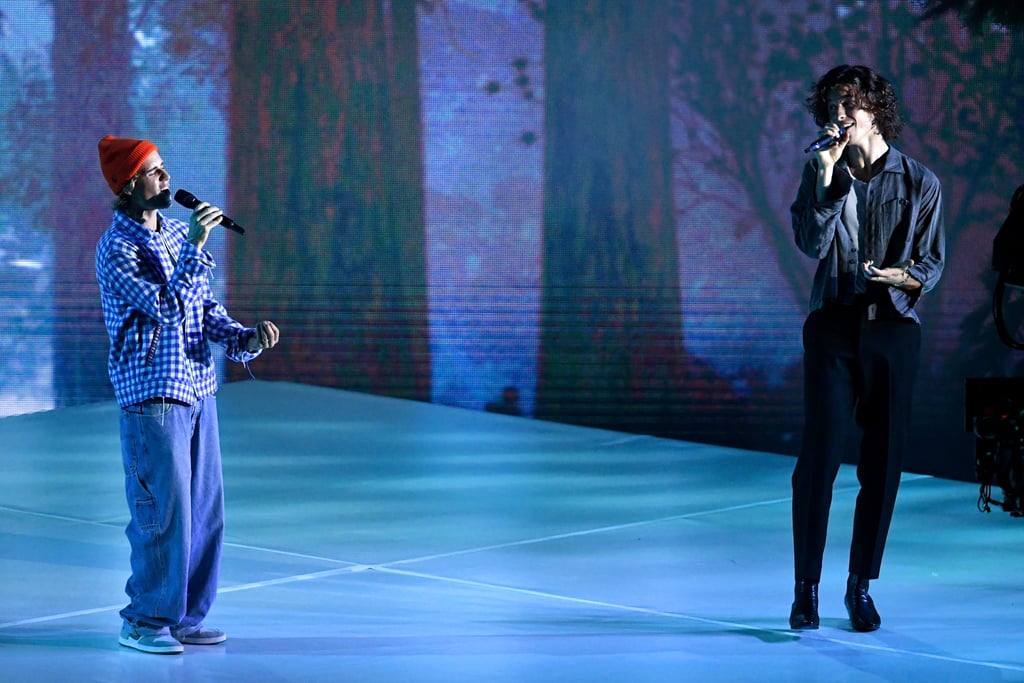 Justin Bieber and Shawn Mendes took the American Music Awards stage on Sunday night, kicking off the award show with their brand-new hit. Live from the Microsoft Theatre in LA, performing at the show for the first time in four years, Bieber sang an emotional medley of his recent hits, "Holy" and "Lonely," before being joined by Shawn Mendes for a soulful performance of their new collaboration, "Monster".

Bieber — who was nominated for four AMAs, including artist of the year — has recently returned to the spotlight and opened up about his struggles with depression, drug abuse, and fame at a young age in both his music and social media. Mendes and Bieber bonded over the pressure of fame and society having control over them in "Monster," which Mendes first wrote a while back. "It's about how society wants to put celebrities up on a pedestal, but as much as they want to do that, they want to celebrate the fall," he said of the song in VMAN. See a more vulnerable side of the duo in their AMAs performance above, and check out Bieber's opening performances ahead.

Anderson .Paak
Bruno Mars and Anderson .Paak Drop Their First Song as Silk Sonic, and It's Smooth Like Butter
by Monica Sisavat 18 hours ago