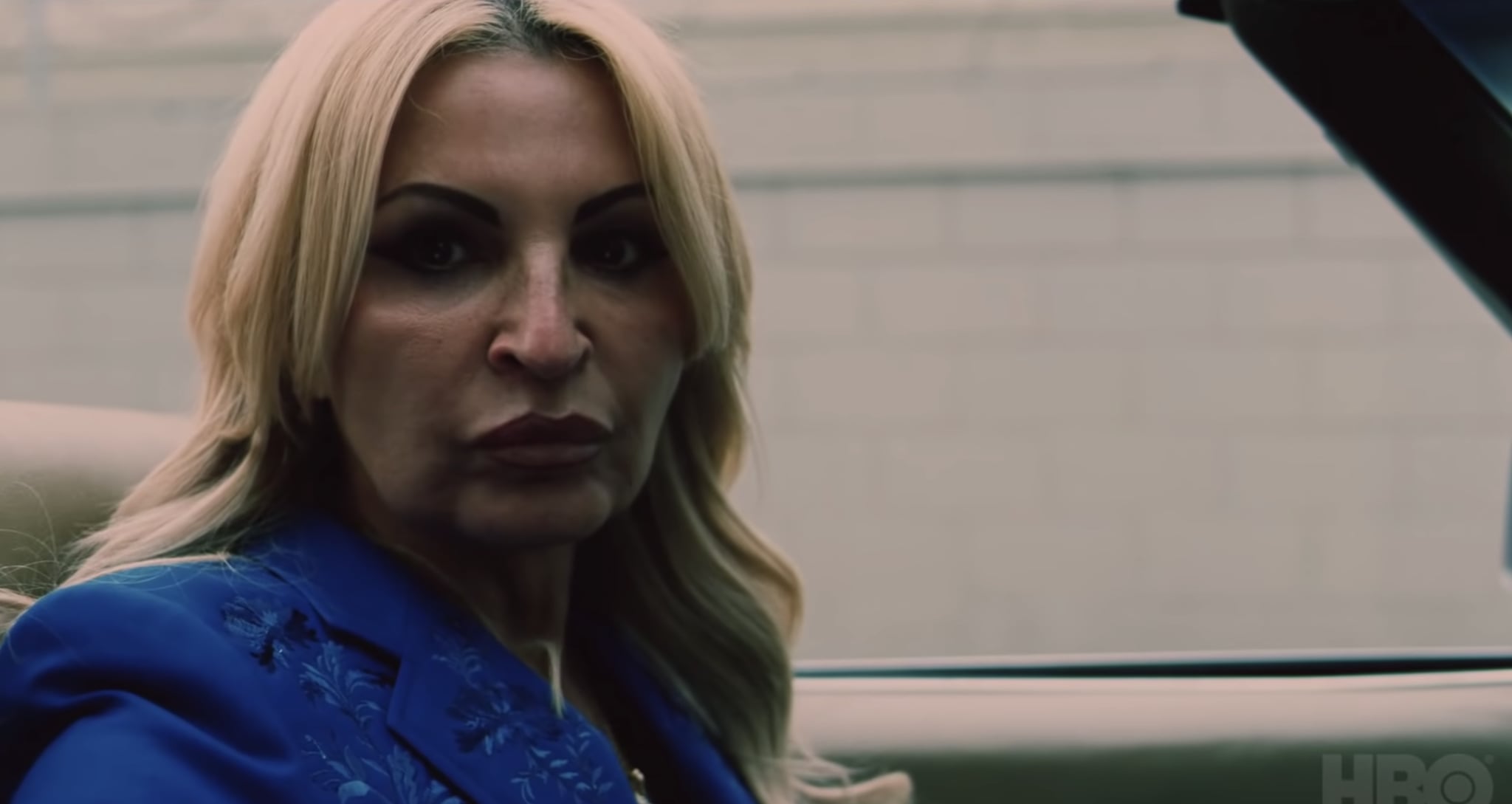 Season two of Euphoria kicked off with a bang! Jules (Hunter Schafer) is back, Cassie (Sydney Sweeney) and Nate (Jacob Elordi) may be a thing now, and Rue (Zendaya), well, Rue is back to her old ways — or maybe even worse. We're also finally diving deeper into Fezco's (Angus Cloud) backstory, which introduces us to a brand-new character: Fezco's grandmother, played by Kathrine Narducci.

The show's premiere episode opens with a flashback of Fezco's childhood. We see Fezco's grandmother — who is a total badass, by the way — introducing him and Ashtray (Javon Walton) to a life of drugs and violence as she takes them both in after shooting Fezco's dad at a strip club. As we watch Fezco grow over the years, we see how his grandmother played a huge role in raising him into the man he is today.

We also see learn how Fezco ended up in charge of the "family business" after his grandmother collapsed one night following dinner. "The next thing he knew, he had a business to run and a little brother to take care of," Rue says in a voice-over. "And however hard he thought life was, it got harder and more complicated. Because the more you move up in the world, the more enemies you make."

Narducci is best known for her roles as Charmaine Bucco on The Sopranos, Carrie Bufalino in The Irishman, and Olympia Gigante on Godfather of Harlem. She's also appeared in several other TV shows and movies over the years, including Blue Bloods, Power, and Law & Order: Special Victims Unit.

Related:
Nate, You Good? There's No Way Euphoria Killed Him Off . . . Right?
EuphoriaHBOTV