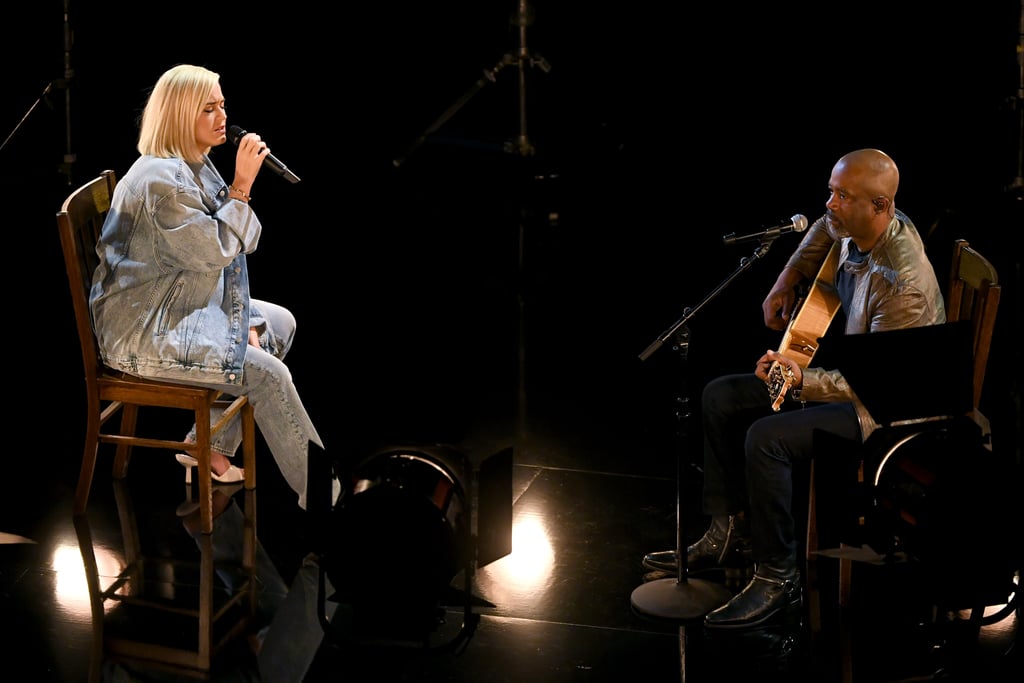 Katy Perry brought her warm energy to the American Music Awards stage on Nov. 22, marking her first performance since giving birth to her daughter, Daisy Dove Bloom. At the Nov. 22 show, Perry was joined by Darius Rucker on guitar, and together, they crushed her debut performance of "Only Love." Perry and fiancé Orlando Bloom welcomed baby Daisy at the end of August, the same week the 36-year-old singer also released her album Smile.

Before hitting the stage, Perry revealed on Instagram that her performance would be dedicated to her father. In an NPR interview back in August, the new mom said the sweet, vulnerable track "talks about what happens if life were to hand us a curveball." "How would you look at the things that are important? Will you re-prioritise? Would you reframe? And it was all getting so real, so it was very emotional at that moment," she said. In a stripped-down performance, Perry and Rucker were indeed emotional on stage Sunday night. Ahead, check out photos of their sentimental rendition.