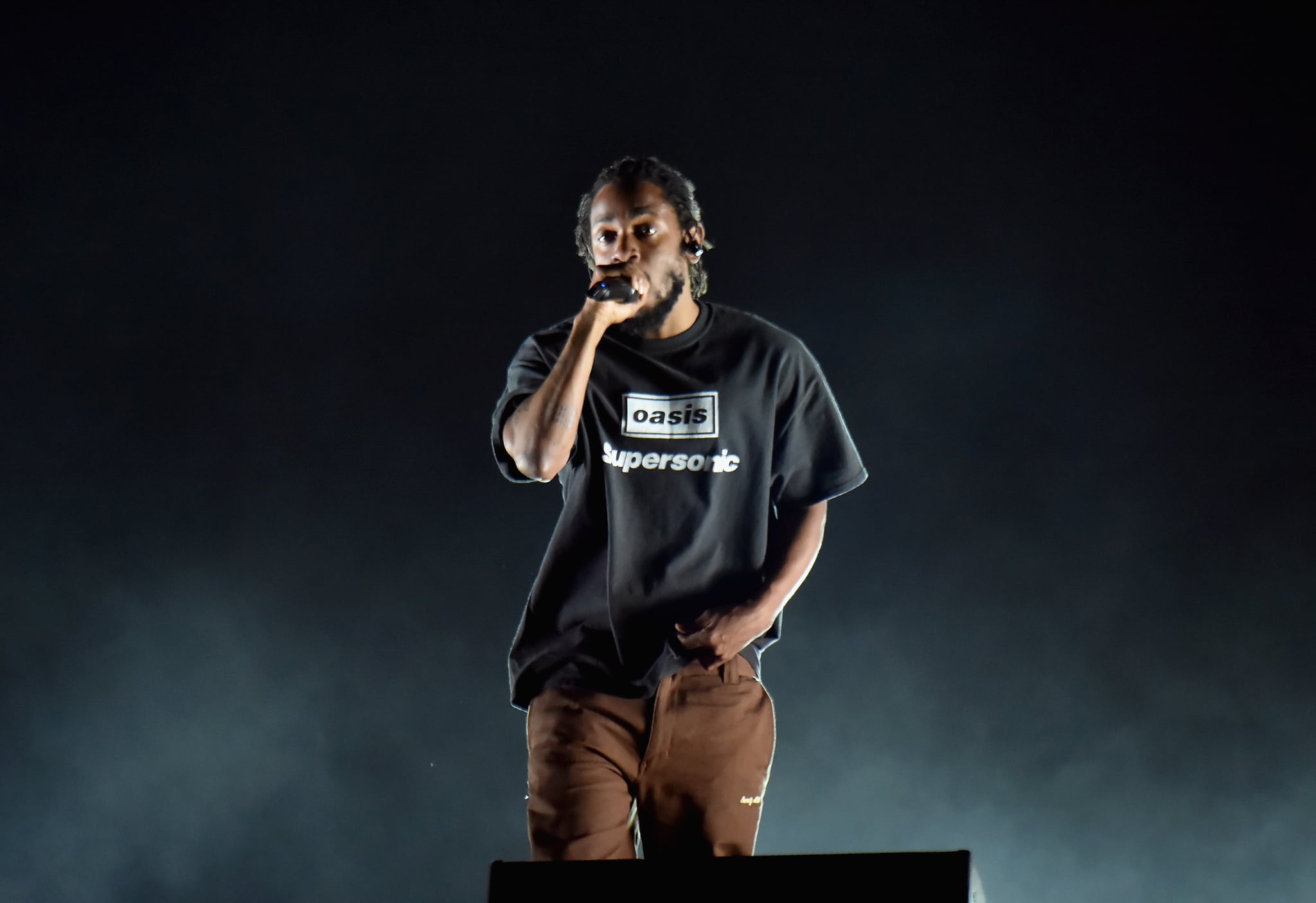 Kendrick Lamar, one of the most consequential rappers of the last decade, is producing his final album with label Top Dawg Entertainment. In a cryptic post shared to his social media accounts on Aug. 20, Lamar linked to a folder titled "nu thoughts," directing readers to a letter he shared on a website called oklama.com. In the note, the To Pimp a Butterfly creator — who has remained relatively silent on social media since the release of his 2017 Pulitzer Prize-winning album Damn — reflected on his career as a musician and dropped clues about his final TDE album.

Week after sharing his letter, rumours have begun to circulate about an October release date for his forthcoming album after snippets of his tracks leaked online, as reported by Hypebeast. Fans have also pointed out several clues that suggest the Grammy award-winning rapper may be gearing up to release his album sooner than we think. Here's everything we know about Lamar's fifth album so far.

What Is Kendrick Lamar's Final TDE Album About?

Looking back on his time as an artist and the impact he's had on pop culture in a letter to fans, Lamar indicated that his fifth album will be a reflection of his personal ups and downs of the last 17 years in the music business. "I spend most of my days with fleeting thoughts. Writing. Listening. And collecting old Beach cruisers," he wrote. "The morning rides keep me on a hill of silence. I go months without a phone. Love, loss, and grief have disturbed my comfort zone, but the glimmers of God speak through my music and family. While the world around me evolves, I reflect on what matters the most. The life in which my words will land next."

Grateful for the music he's been able to produce over the last two decades, Lamar added that the future is uncertain but he plans to continue "pursuing my life's calling." "As I produce my final TDE album, I feel joy to have been a part of such a cultural imprint after 17 years. The Struggles. The Success," he wrote. "And most importantly, the Brotherhood. May the Most High continue to use Top Dawg as a vessel for candid creators. As I continue to pursue my life's calling. There's beauty in completion. And always faith in the unknown. Thank you for keeping me in your thoughts. I've prayed for you all. See you soon enough. — oklama."

Lamar's new album is currently untitled, but fans speculate that the album will be called Oklama based on the title of his website and the "oklama" signature at the end of his letter.

Fans on Twitter have gone back and forth trying to piece together the meaning behind Lamar's enigmatic "oklama" signature. While some simply believe the word is a play on Oklahoma, Lamar has no notable ties to the state. Many other fans believe oklama may be a variation on his name, including "o-K(endrick)-Lama(r)" and "OK, Lama(r)." It's unclear exactly what inspired the new alias, but we suspect the album release will shed more light on Lamar's new persona.

Is This Kendrick Lamar's Final Album?

While Lamar didn't specify whether this is last album ever, it is definitely his final album with Top Dawg Entertainment, indicating than any future releases would be shared under a new label.

When Will Kendrick Lamar Release His Final TDE Album?

At the end of his letter to fans, Lamar noted that he would see us all "soon enough" but did not specify a release date for his new album. However, fans seem to think that the album will arrive on Oct. 22 after noticing that his Spotify photo changed briefly. There's also the fact that Oct. 22 is the ninth anniversary of Lamar's debut album, good kid, m.A.A.d city, and he's set to headline the Day N Vegas festival in November. Now that's an extremely tight turnaround for an untitled album, but considering it's been over four years since the release of his last album Damn, we too have our fingers crossed that his new music will be available before the year is up.