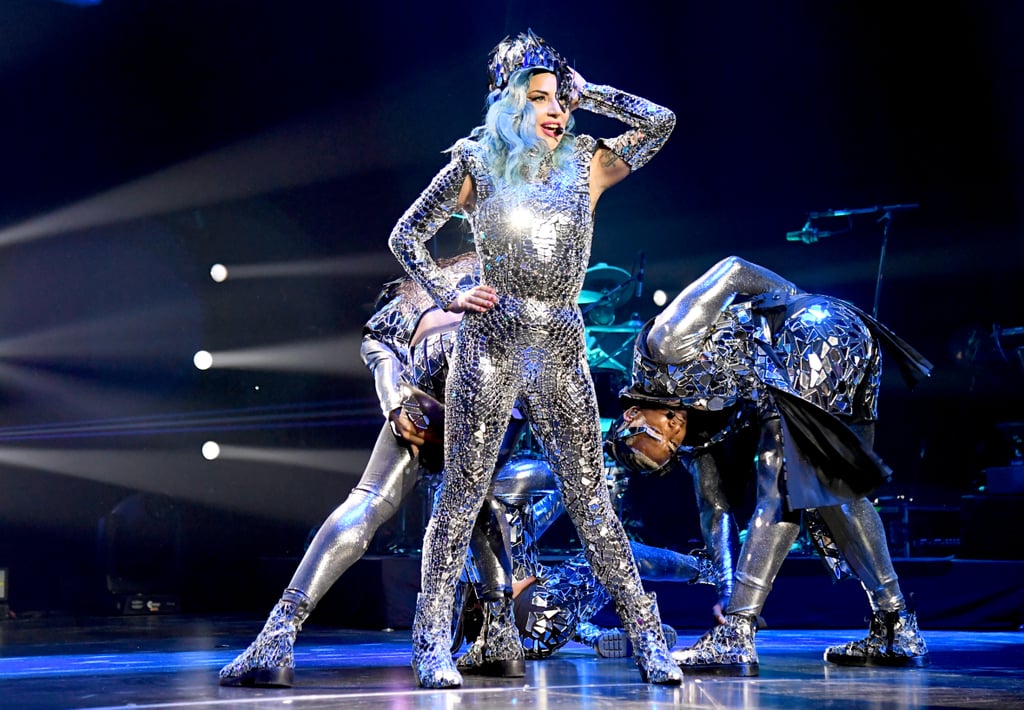 Lady Gaga is living for the applause! On Feb. 1, the 33-year-old singer took the stage in Miami to perform at the AT&T Super Saturday Night event. Ahead of the Super Bowl, the pop star treated fans to an outlandishly glitzy show and sang her biggest hits, such as "Just Dance," "Bad Romance," and "Born This Way." And, of course, she crooned the song of 2018, "Shallow." However, to many fans' dismay, she didn't perform her secret tune "Stupid Love," which leaked in January.

In true Gaga form, the blue-haired songstress donned a few dazzling costumes, including an iridescent jumpsuit and a bodysuit with a green tulle adornment. She also wowed the crowd by suspending herself from the ceiling of the Island Gardens' Meridian venue á la her halftime Super Bowl performance in 2017. Look ahead to view photos and videos from her high-flying set!

Related:
12 Phenomenal Lady Gaga Performances That Will Turn Anyone Into a Little Monster
Previous Next Start Slideshow
Super BowlLady GaGaMusic