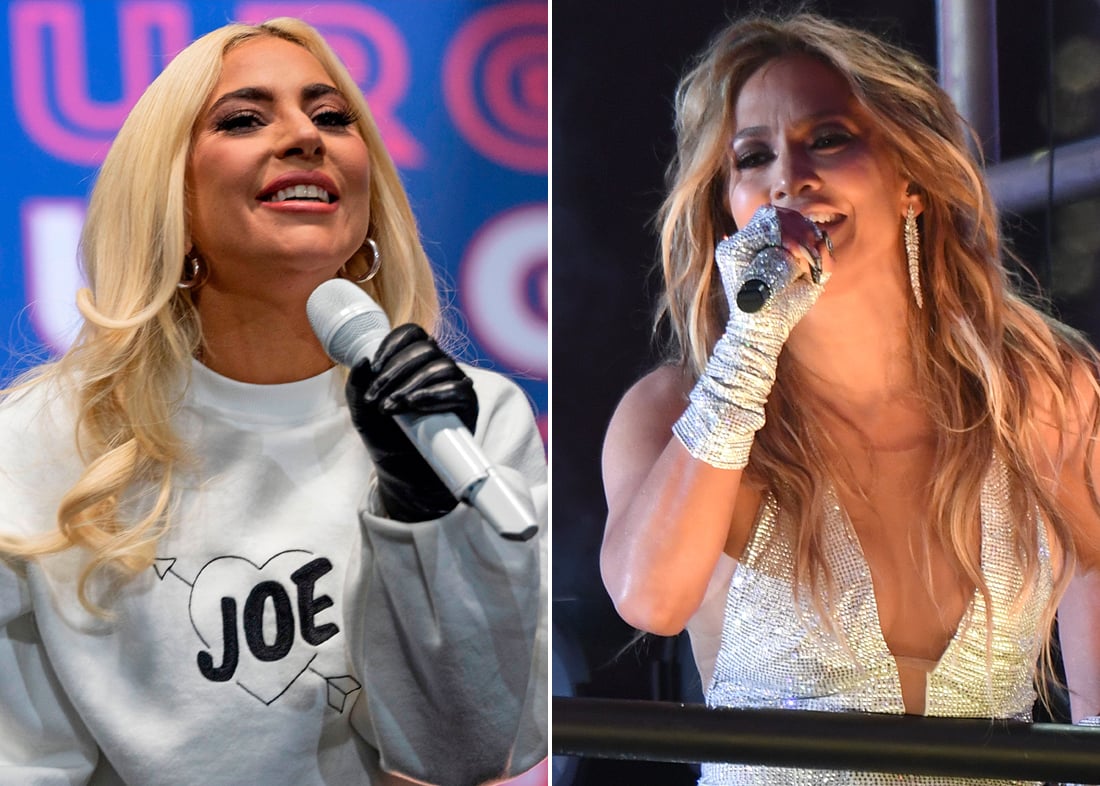 Lady Gaga and Jennifer Lopez are set to perform at the inauguration of Joe Biden and Kamala Harris on Jan. 20, the Presidential Inaugural Committee confirmed on Wednesday. Gaga, who campaigned for Biden and Harris back in November, will sing the national anthem, and Lopez will stage an additional performance. Gaga reacted to the news on Twitter, writing, "I am deeply honoured to be joining @BidenInaugural on January 20 to sing the National Anthem and celebrate the historic inauguration of @JoeBiden and @KamalaHarris! 💙."

Lopez also shared her excitement on Twitter, posting a photo of the Presidential Inaugural Committee's announcement alongside a string of red, white, and blue heart emoji with "#Inauguration2021." The news coincides with the "Pa Ti" singer's latest cover story for Elle, in which she spoke about her efforts to encourage others to vote in last year's general election.

"I've told everybody who works around me, all my family, 'Don't even talk to me if you haven't voted,'" Lopez told the magazine. "The world right now is so confusing to me, because I feel like we all know that things need to change. It doesn't matter if you're Republican or Democrat, if you're looking at the world right now, you know that we can do better — you know that. We can't stay with this administration, we just can't. It's the definition of insanity."

Other Inauguration Day participants include Amanda Gorman — the first-ever National Youth Poet Laureate — who will deliver the poetry reading, and Andrea Hall — the president of the International Association of Firefighters Local 3920 — who will lead the Pledge of Allegiance. Additionally, the invocation will be fulfiled by Father Leo J. O'Donovan, a friend of the Bidens, and the benediction will be given by Reverend Dr. Silvester Beaman, who pastors Bethel African Methodist Episcopal Church in Biden's hometown of Wilmington, DE. There will also be heightened security at the swearing-in ceremony following the Capitol Hill insurrection that occurred on Jan. 6.

by Victoria Messina 5 hours ago