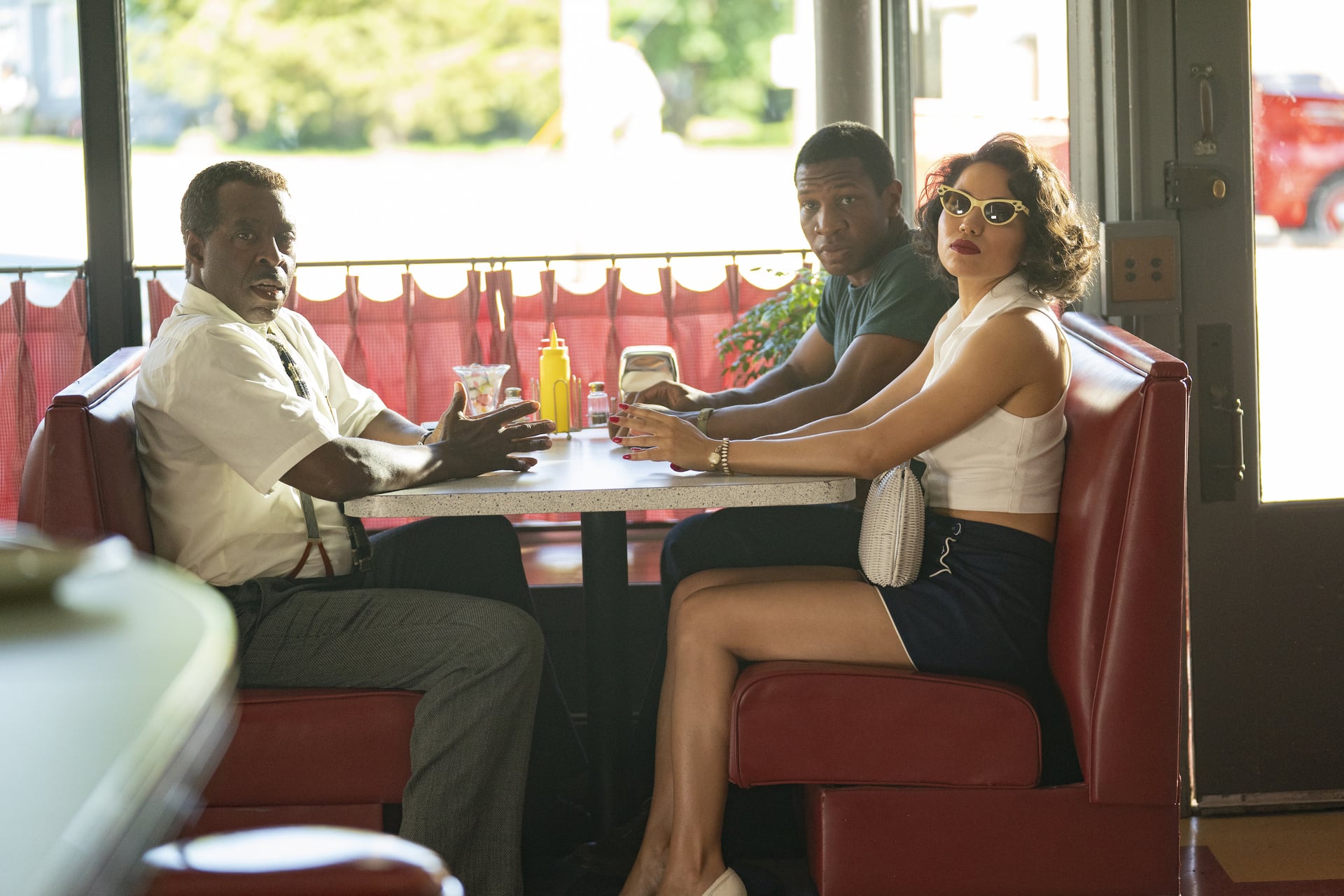 As much as HBO's Lovecraft Country explores creepy monsters, it also reveals the deeply monstrous attributes of racists. In the series (based on Matt Ruff's 2016 novel), Atticus, George, and Leti encounter a sheriff in Devon who warns them they're in a sundown county and that he'd be obliged to hang them if he saw them after dark. The sheriff and his fellow officers terrorize the trio — that is until eye-covered, flesh-eating monsters arrive at the scene. While the monsters might not be real, sundown towns are very much a horrifying and ugly part of American history.

Sundown towns, also known as sunset or grey towns, were all-white communities that barred Black people as well as other people of colour from town after dark, either through discriminatory policies, violence, or both. The trio are not safe from racists while on the road — Uncle George even compiles a guide for Black travellers — and they're especially not safe in Devon, a sundown county in Massachusetts. Historically, sundown towns were not exclusive to the South, as they also popped up in the Midwest and other parts of America. Some of these communities even flaunted in town brochures that they had no Black residents. In these areas, Black Americans faced eviction, housing discrimination, or worse. Legally, specific ordinances prevented Black citizens from being in town after dark or being able to own or rent a property. Informally, people were also harassed or killed.

According to a WTTW Q&A with reporter Logan Jaffe, the term "sundown town" started around the 1890s, and the practice lasted until the 1940s, though some places didn't stop until the 1970s. Sundown towns emerged to prevent freed Black people from getting jobs, then eventually became solidified through housing and policing practices. In these towns, if anyone Black was seen after sundown, the police picked them up and left them on the roadside outside of town, or worse. The most famous book about this topic is James Loewen's Sundown Towns: A Hidden Dimension of American Racism. According to Jaffe, Loewen created a database of sundown towns, which showed that there were about 500 in Illinois alone. It's estimated that there were thousands across the United States.

Monsters are everywhere in Lovecraft Country, including not only the blob variety but also the people who uphold a racist society. We won't be surprised if the trio encounter more of both.