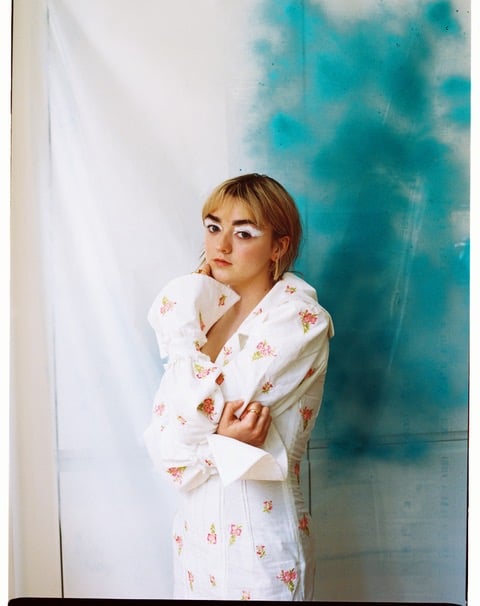 Actor, activist, and ambassador Maisie Williams is back with a new venture, and this time, it's a podcast. Frank Film Club is a podcast series that aims to take a deep dive into cinema, through the lens of four young women in the industry. Each week, four hosts will come together to watch a film and share their individual takes with listeners. The podcast was developed as a result of the lack of forums for film viewers to discuss their thoughts without fear of judgement, and it hopes to provide space for women to speak freely and candidly, encouraging connections with listeners around the world.

"We really wanted to make a space where there's no pressure to speak about film in a certain way, where we could be ourselves and enjoy the freedom of the discussion", Williams said of the podcast, adding that "Frank Film Club is a place where you didn't have to study film to have an opinion. We're so grateful and excited to share it with listeners everywhere."

During the course of series one, the podcast will explore films like the BAFTA award-winning Rocks, Pixar's Soul, and Ridley Scott's iconic Thelma and Louise. The first episode of Frank Film Club is available to listen to on Spotify now.