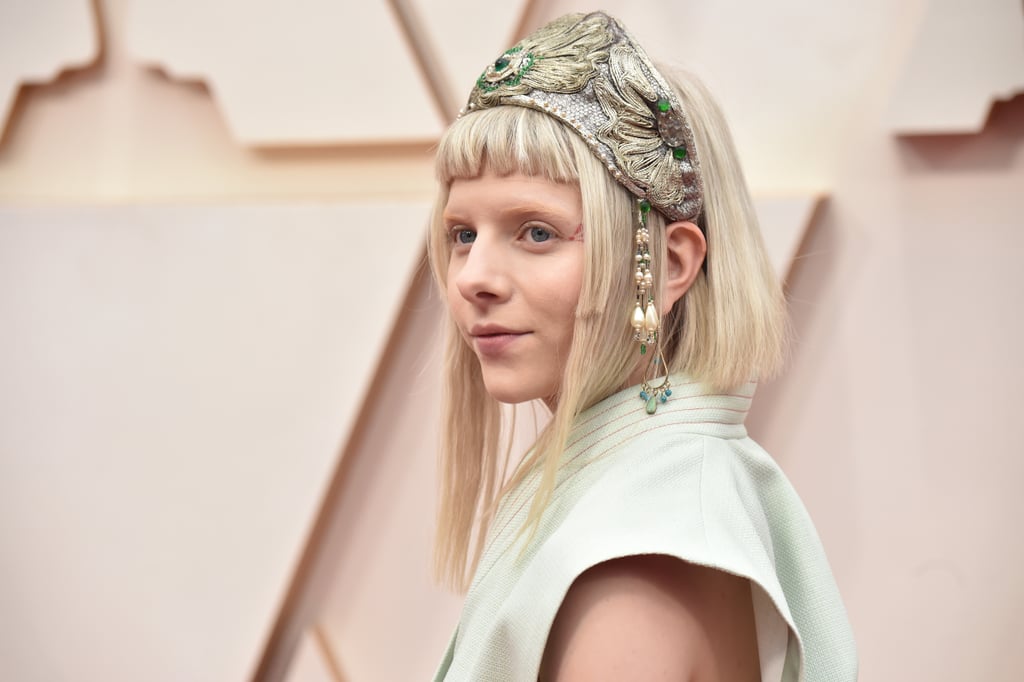 Idina Menzel Is Spectacular, But Can We Talk About the Singer Who Hit Those High Notes?

Idina Menzel's performance of "Into the Unknown" from Frozen 2 during the 2020 Oscars included fellow Elsas from all over the world joined her on stage, along with Norwegian singer Aurora, who is featured on the original track with Menzel. The Disney song is nominated for best original song at this year's ceremony, and while Menzel might be the more recognisable singer, Aurora's voice provides those ethereal high notes that you can't get out of your head.

The 24-year-old singer has released two albums and two EPs since 2015 and even played Coachella in 2018. She once compared her home to a Norwegian folktale and told Billboard in 2018 that she's inspired by Mother Earth, the moon, and birds, among other things. She's also inspired by TikTok if her hilarious videos she's shared are anything to go by. In Frozen 2, Aurora plays The Voice, which she says is what's calling out to Elsa to follow her true purpose in life. Check out a clip of Aurora singing with Menzel on stage, and keep scrolling for more pictures of her on the red carpet.

Idina Menzel performing “Into the Unknown” at #TheOscars #Oscars pic.twitter.com/itF4rP3hHG