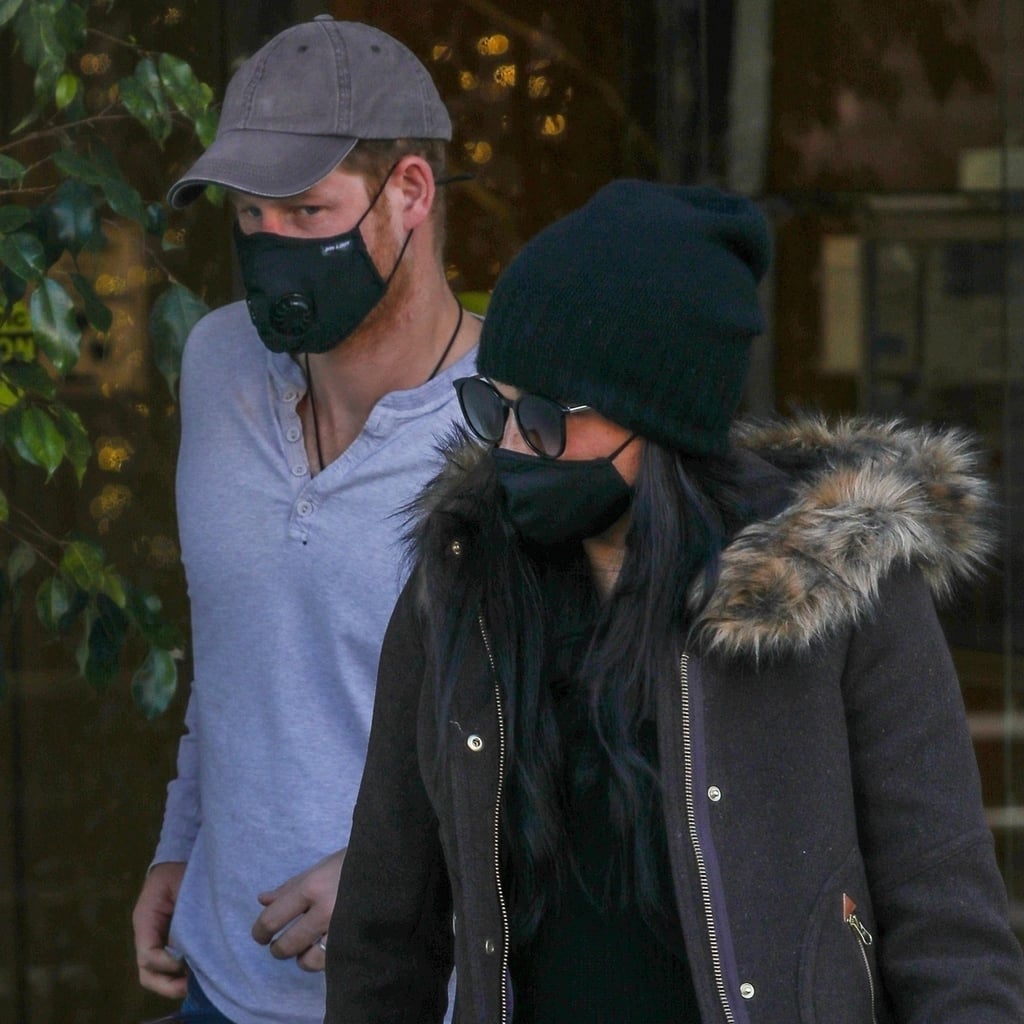 Meghan Markle and Prince Harry were spotted out and about in Beverly Hills on Sunday afternoon. The Duke and Duchess of Sussex kept a low profile as they bundled up for the chilly weather; Meghan donned a brown fur-trimmed J.Crew coat, while Harry sported a grey long-sleeved shirt and jeans. It's unclear what Harry and Meghan were up to, but if we had to guess, it probably involved closing a deal of some sort.

Ever since they officially stepped down as senior royals and made the move to Santa Barbara, CA, Meghan and Harry have been booked and busy! In addition to launching their new Archewell Foundation, the couple recently signed a major multiyear deal with Netflix, where they will produce a variety of projects including documentaries, docuseries, feature films, scripted shows, and children's programming. On top of that, Harry and Meghan have also partnered up with Spotify for a multiyear partnership with Archewall Audio, which is their newly formed audio production company, and Meghan just became a private investor for woman-led wellness company Clevr Blends.

We can't wait to see what the Sussexes have in store for us in 2021! In the meantime, see photos from their latest outing ahead.