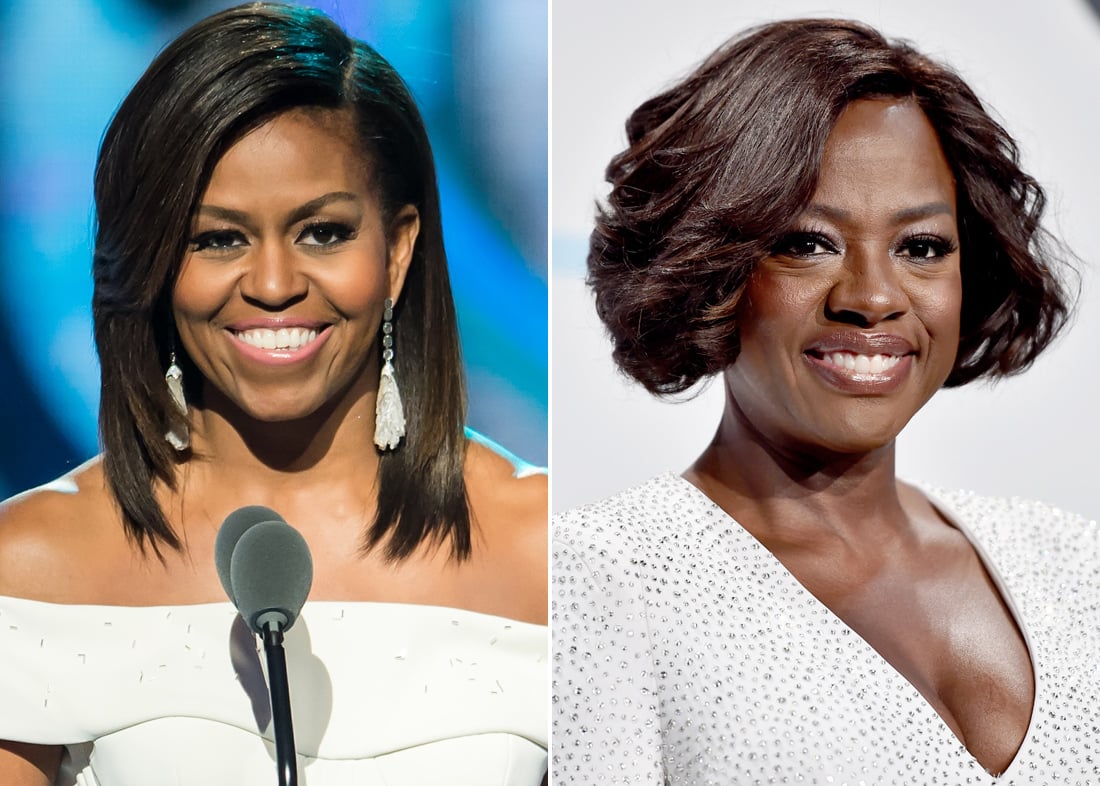 Viola Davis is getting ready to take on the role of a lifetime as Michelle Obama on Showtime's The First Lady, and the actual former first lady is all on board with the casting choice. During an interview with Entertainment Tonight, Mrs. Obama gave Davis her official seal of approval, calling the actress "the greatest." She even went as far as to say that she doesn't feel worthy of Davis playing her. "I feel that I'm not worthy," she said. "I wish I could be better to live up to the character that Viola has to play, but it's exciting. Anything Viola does, she does it with passion and vigour, and I know she will do no less for this role."

In addition to Davis, the show features a star-studded cast with O-T Fagbenle playing Barack Obama, Michelle Pfeiffer as Betty Ford, and Gillian Anderson as Eleanor Roosevelt. It was also recently announced that Little Fires Everywhere star Lexi Underwood will be playing Barack and Michelle's eldest daughter, Malia Obama. Needless to say, we can't wait to finally watch the series.

Netflix
When Is Master of None Season 3 Arriving on Netflix? It'll Be Here Pretty Soon!
by Amanda Prahl 20 hours ago

Netflix
Who Is Jessie Mei Li? Here's What You Need to Know About the Shadow and Bone Star
by Navi Ahluwalia 21 hours ago