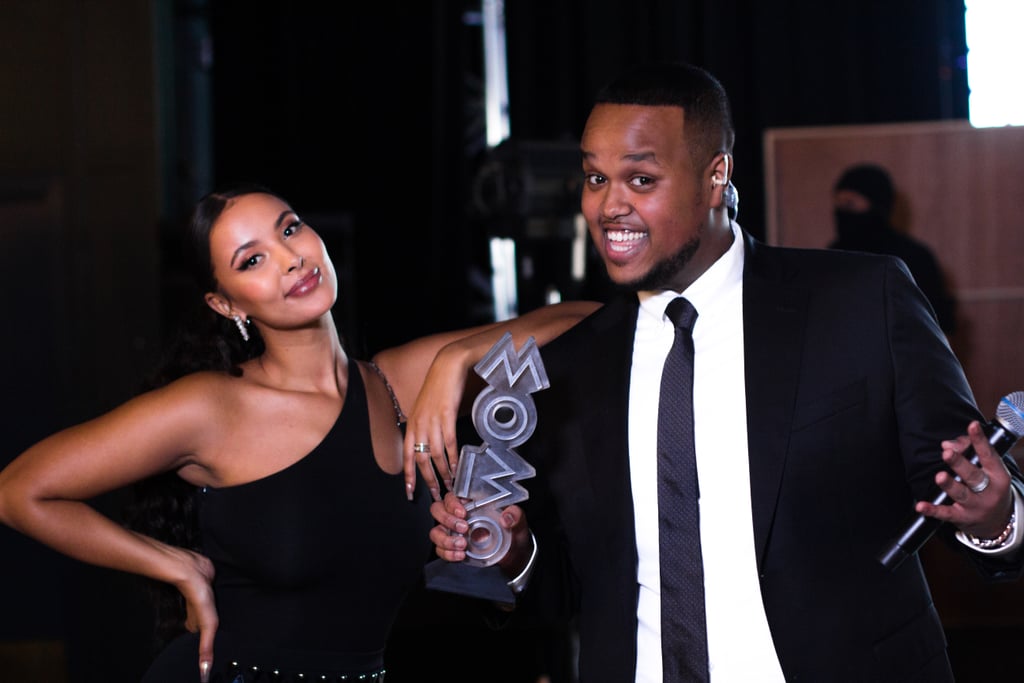 After taking a three-year break in order to make the awards show bigger and better, the MOBO Music Awards returned on Wednesday, 9 Dec. Broadcast on the MOBO Awards YouTube channel, the event was hosted by Maya Jama and Chunkz, the latter of whom won the new best media personality award this year, which was voted on by the public. Other winners of the night included Mahalia, for best female act and Best R&B Soul; Headie One, for best male act; Nines, who won Best Album of the Year and best hip hop; and Burna Boy, who took home best international act.

The winners list didn't just include musicians, either. Director Steve McQueen, whose Small Axe films on BBC details Black life in the UK from the '60s through the '80s, won the inspiration award, and actor Micheal Ward won Best Performance in a TV Show/Film for his role as Marco in Blue Story. "This is an extraordinary prize," McQueen said. "Thank you so much. The MOBO Awards for me is part of the idea of Small Axe. When people didn't want to recognise us, we recognised ourselves, and that's given me the inspiration to go forward."

Performances at the show included H.E.R, Headie One (featuring M Huncho), Tiwa Savage, and Kojey Radical, but that's not all fans were talking about once the ceremony ended. It's safe to say that after a year of not having anywhere to go, the presenters and performers went all out when getting dressed up for the event (we're looking at you and your sheer jumpsuit, Leomie Anderson).

Read ahead for photos of this year's hosts, winners, and performances from the night, which, if we might add, looked like a really good time!