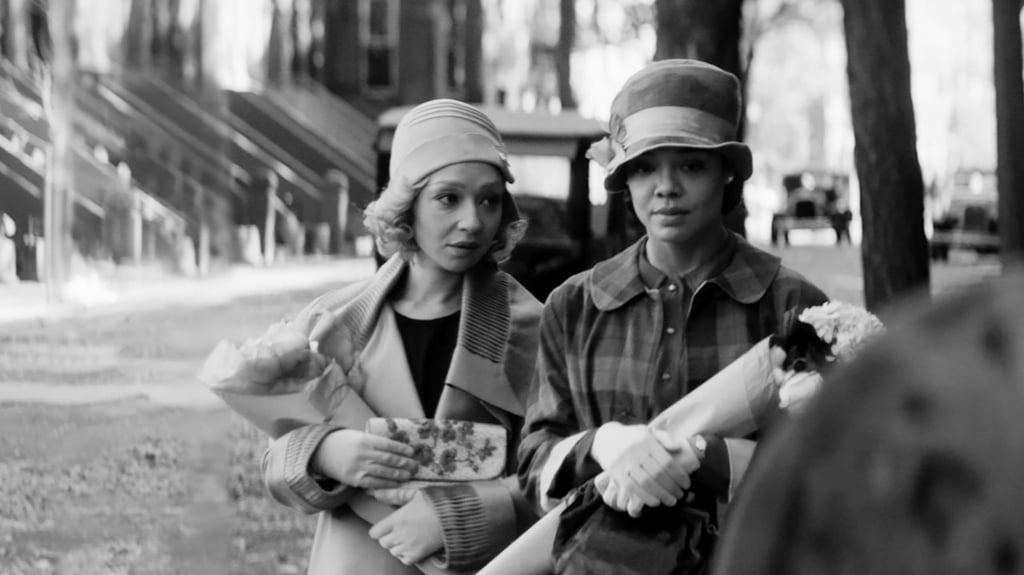 Passing may be a black-and-white film, but the story it tells is anything but. Based on the 1929 fiction novel of the same name by Nella Larsen, Passing introduces audiences to recently reunited childhood friends Irene Redfield and Clare Kendry, two mixed-race Black women living through the 1920s Harlem Renaissance. Though both are white-passing individuals, Irene acknowledges her Black heritage, while Clare hides hers to assimilate with white society, a practice known as "passing." As they rekindle their childhood friendship, Clare and Irene begin to see in each other what their lives could have been, unearthing unspoken jealousies and exposing the depths of racial oppression in prohibition-era America. With its history, heart, and intrigue — and 1920s New York as its backdrop — this Netflix drama will have you on the edge of your seat.

Whether you're a big fan of period pieces, love book-to-movie adaptations, or were just hooked by the performances of Ruth Negga and Tessa Thompson, there are plenty of other movies available to stream that are just as captivating as Passing. So if you've already seen the film more times than you'd like to admit and still can't seem to get enough of it, here are 10 of our picks for what to watch next.