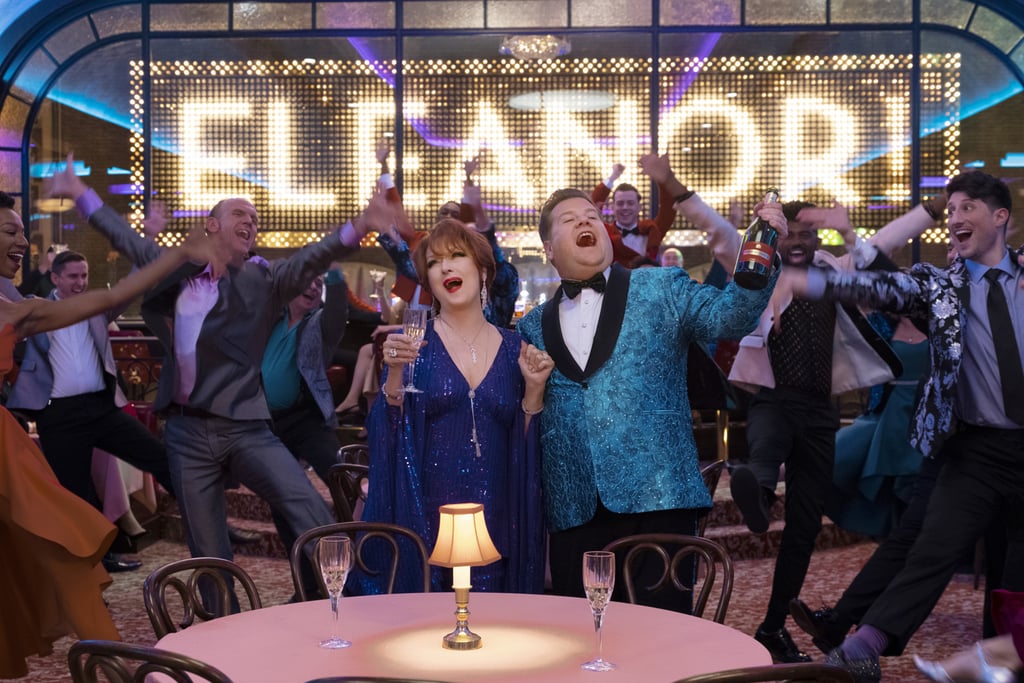 10 Zazz-Filled Movies to Watch After Streaming Netflix's The Prom

Ryan Murphy's The Prom is full of lavish, sparkly, and heartfelt zazz that'll leave you wanting to watch even more of it after its two-hour run. Murphy's prints are all over Netflix's expansive library — you've got American Horror Story, The Politician, and, of course, Glee, the snappy, tunes-filled high school drama that shares pretty similar themes with The Prom. You don't need to invest your time and energy into an entire television show, though. If you're craving a film with The Prom's zingy wit and beautiful production, there are plenty of picks to queue up next, including a handful with fun sing-along moments. From The Producers to Mamma Mia! The Movie, here's your guide to what to watch after you've internalized the entire soundtrack of The Prom by heart!