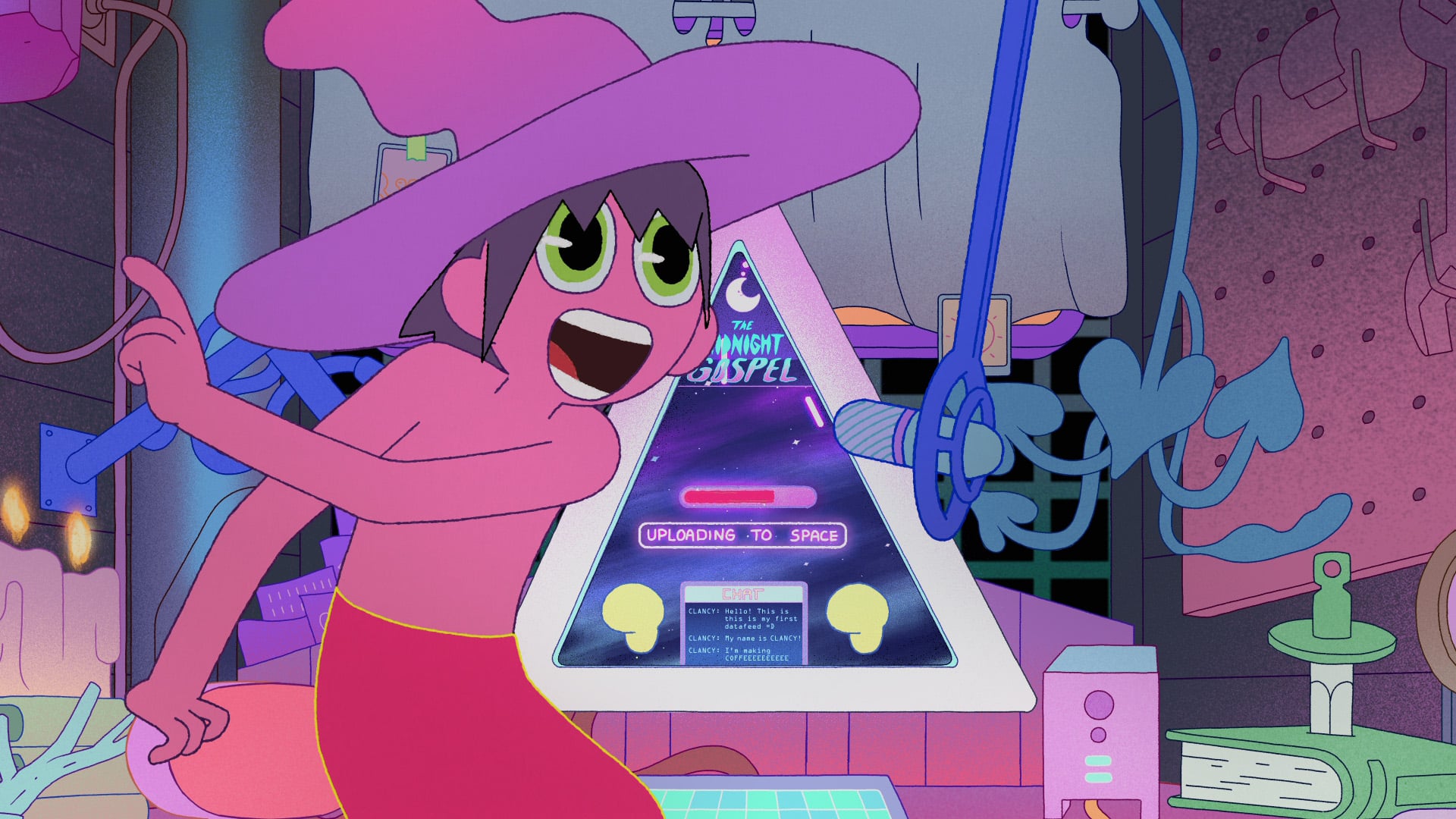 The past several months indoors have left me not only with a need for quality streaming content but also a desire to be reminded of what it truly means to be human. Luckily for me, Netflix's The Midnight Gospel, created by comedian Duncan Trussell and Adventure Time's Pendleton Ward, accomplishes both in an original, visually exciting way, making it a series that, in my opinion, everybody absolutely must watch.

The animated show follows Clancy Gilroy (voiced by Trussell) as he travels to a series of dying worlds, interviewing different creatures along the way for his "spacecast" (his universe's version of a podcast), using his malfunctioning multiverse simulator. The show combines real conversations from Trussell's podcast The Duncan Trussell Family Hour with trippy visuals, making it both relatable and surreal at the same time.

This series serves as a much-needed reminder of the parts of life that connect us all no matter where we are or who we are: love, pain, loss, hope, loneliness, and so much more.

While Clancy conducts his interviews with foreign creatures, they move through imaginative worlds that are each experiencing their own endings. The psychedelic-looking visuals for Trussell and Ward's collaboration can definitely be confusing, and even disturbing, at times, but they are an important piece of what makes this show so special. The animations allow each episode to almost tell two intertwined stories at once: one that is otherworldly and magical and another that is vulnerable and familiar, each one somehow perfectly balancing out the other.

What I think is the most remarkable quality of The Midnight Gospel, though, is how incredibly candid it is. Each episode features interesting guests, such as author Anne Lamott and mortician Caitlin Doughty, whose animated characters go on unimaginable adventures with Clancy while discussing philosophical questions of love, death, meditation, and so much more.

These conversations between Clancy and the show's various guests are so vulnerable and authentic that each episode feels like you're listening in on an intimate conversation between friends rather than two strangers talking. The way the characters openly discuss topics like addiction, the meaning of life, and family relationships without dancing around the inevitable discomfort and pain that can come with them is very therapeutic from a viewer's perspective and even helps to normalize these difficult issues and emotions.

In a time defined by isolation and change, this series serves as a much-needed reminder of the parts of life that connect us all no matter where we are or who we are: love, pain, loss, hope, loneliness, and so much more. For an animated show that takes place in an alternate universe full of unfamiliar, weird-looking beings, The Midnight Gospel is one of the most realistically human shows I've watched in a long time, and maybe even ever, which is why I believe it is definitely a must watch.