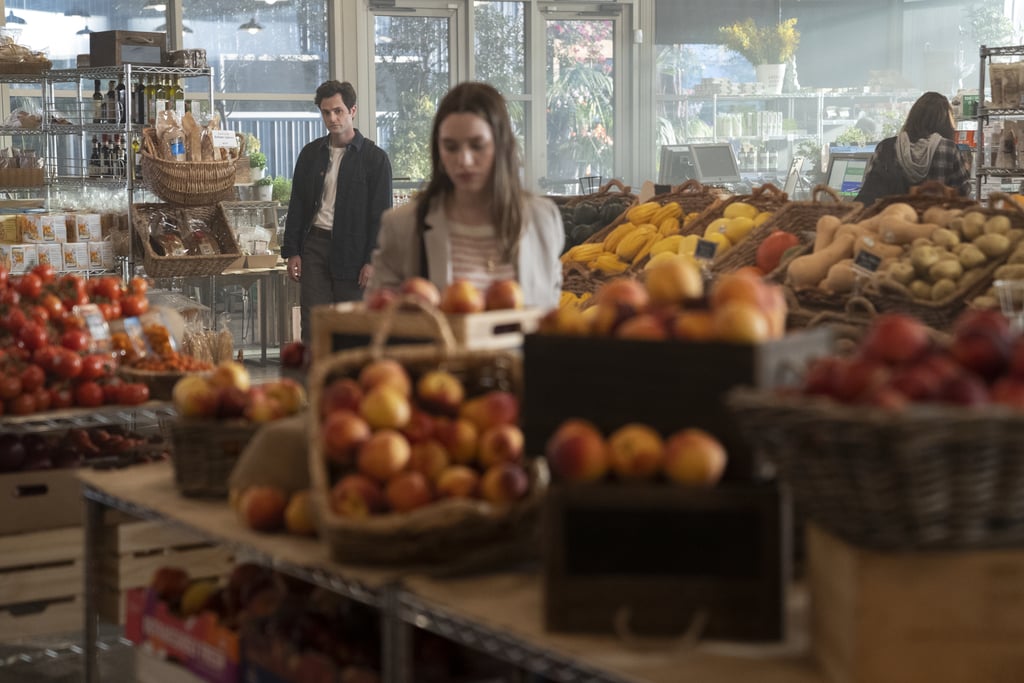 Joe Goldberg is chasing after another woman in the upcoming season of You. On Monday, Netflix unveiled the first official trailer for the highly anticipated second season, which shows Joe (Penn Badgley) setting his sights on someone new as he moves out west. But will he leave his murderous ways in the past? Only time will tell.

While the first season centres around Joe and his chaotic romance with Beck (Elizabeth Lail), the second season will take place in LA as Joe falls for an aspiring chef named Love Quinn (Victoria Pedretti) and meets some new faces along the way. Seeing that showrunner Sera Gamble has already confirmed that the upcoming season will be "gorier and scarier" than season one, we have a feeling Joe's new friends better watch their backs. Get a glimpse of the new season before You hits Netflix on Dec. 26.

Netflix
Halston: If You Were Wondering, Here's Why the Designer Loved Orchids So Much
by Stacey Nguyen 13 hours ago

Netflix
Wondering if Ewan McGregor's Halston Portrayal Holds Up? Here Are Pics of the Real Designer
by Stacey Nguyen 13 hours ago

Netflix
Netflix Announces a Bridgerton Spinoff, and It's All About Queen Charlotte's Origin Story
by Kelsie Gibson 16 hours ago

Netflix
What Happened to Halston? Here's What We Know About His Later Years
by Stacey Nguyen 18 hours ago