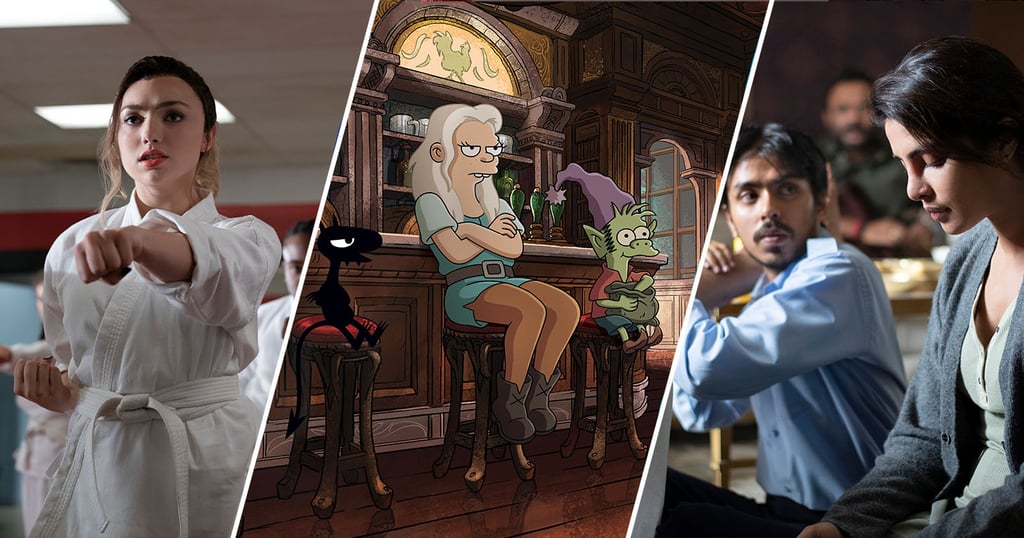 New Year, New Queue! Check Out All the Movies and TV Shows Hitting Netflix in January 2021

Say goodbye to 2020, folks! We're moving onwards, and we're not looking back, which includes welcoming a whole new set of titles on Netflix. The streamer is letting go of some of your favourites (so make sure to watch before they're gone for good) to make room for new seasons of your other favourites and a bunch of new films and TV shows for everyone to fall in love with. Viewers can look forward to a bevy of titles including the highly anticipated third season of Cobra Kai, the Nicholas Cage-hosted History of Swear Words, and the true-crime documentary Night Stalker: The Hunt for a Serial Killer. And, of course, Netflix is adding a handful of classic films to its roster like What's Eating Gilbert Grape, 2009's Julie & Julia, and both of the Sex and the City movies! So, if you were worried about starting the new year right, Netflix has you covered. Check out the full list of titles ahead!