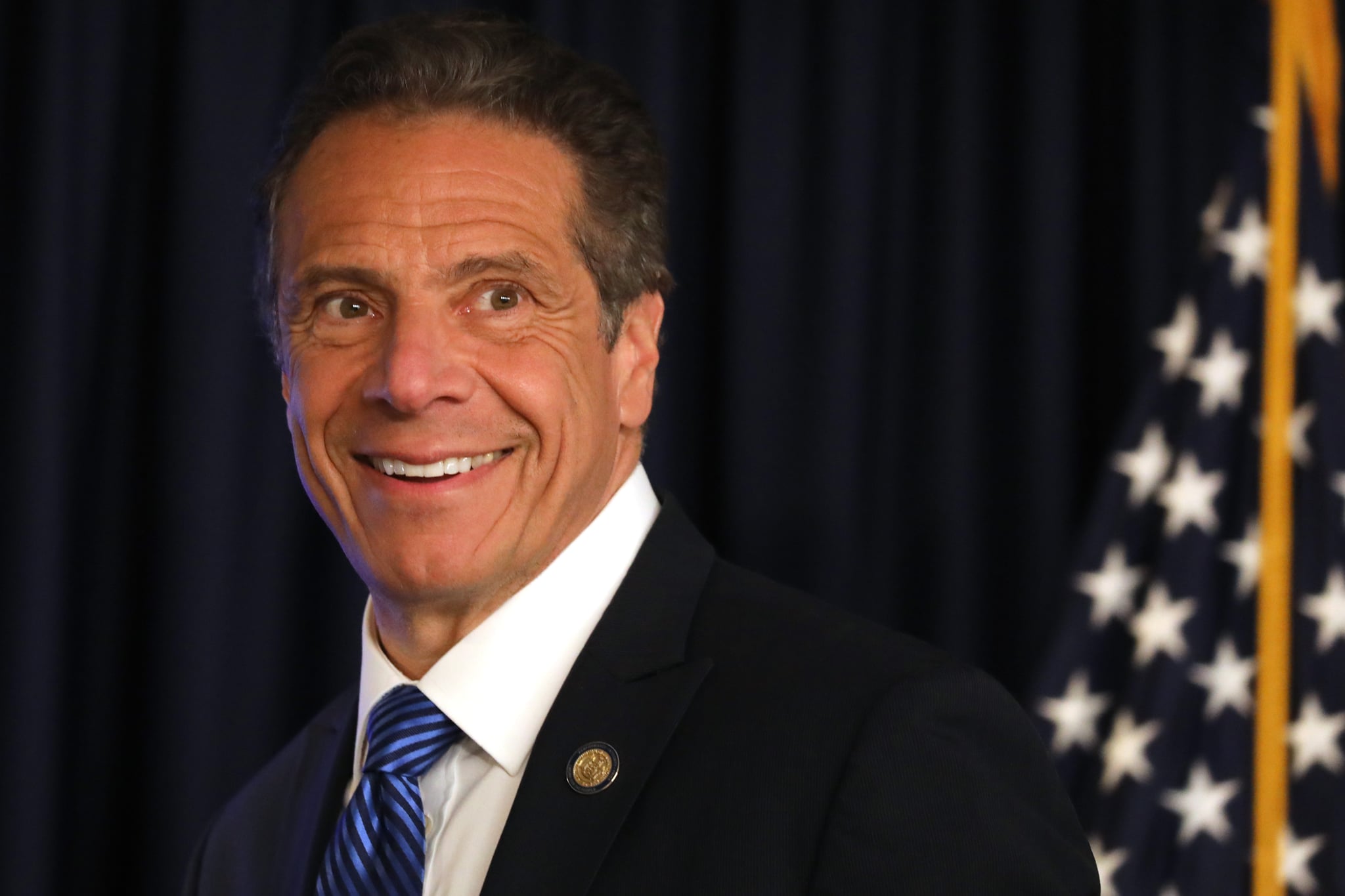 New York Governor Andrew Cuomo is more than just a politician turned your celebrity crush — he's now a soon-to-be Emmy winner. The governor — whose handling of COVID-19 in New York garnered a dedicated following nationwide over the summer — will officially be recognised for his use of TV to calmly inform people and provide updates on the virus and pandemic during his (often meme-able) daily briefings. On Nov. 20, the International Academy announced Cuomo would receive this year's founders award, which recognises individuals or organisations who "cross cultural boundaries to touch our common humanity."

"The Governor's 111 daily briefings worked so well because he effectively created television shows, with characters, plot lines, and stories of success and failure," said Bruce L. Paisner, president and CEO of the International Academy, in a press release. "People around the world tuned in to find out what was going on, and New York tough became a symbol of the determination to fight back." Cuomo follows in the footsteps of Oprah Winfrey, Steven Spielberg, and Al Gore, who are among past recipients. He'll be presented with the honour at the International Emmys on Nov. 23.

Netflix
Calling All Sexy Beasts: Get Ready For Season 2 to Drop Later This Year
by Emily Weaver 19 hours ago

Netflix
Micheal Ward Is Back on Our Screens in Netflix's New Film, The Beautiful Game
by Navi Ahluwalia 22 hours ago