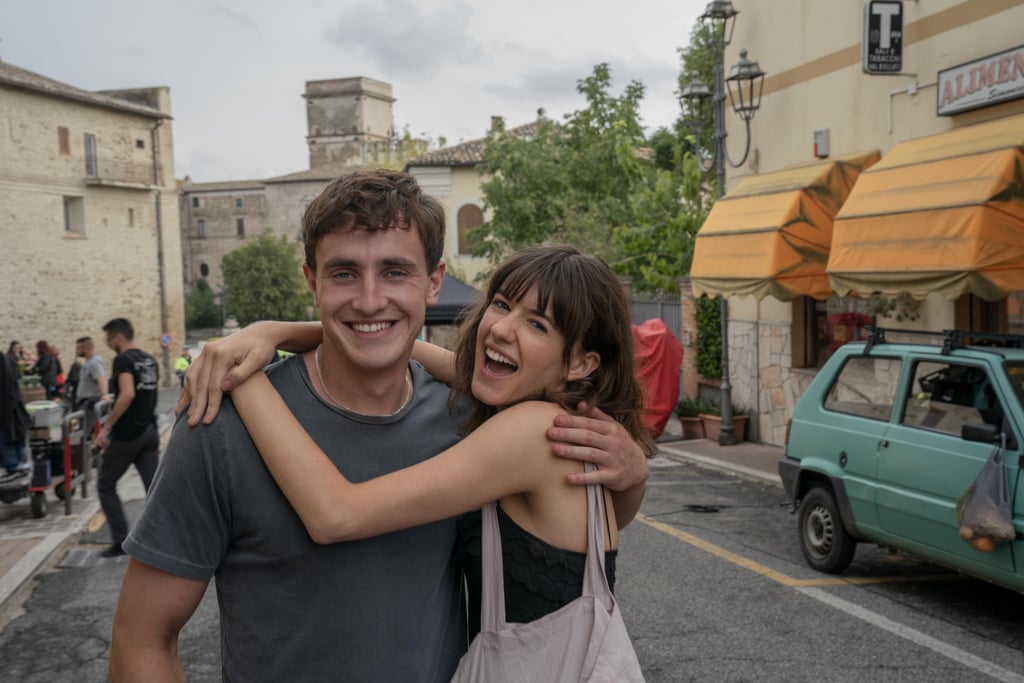 The TV adaptation of Sally Rooney's book Normal People is available on Hulu now and is already gaining as much praise as the book. The show, which takes place in Ireland, stars Daisy Edgar-Jones and Paul Mescal as Marianne and Connell, two young people from different backgrounds who grow together and apart and back together over the course of a few years.

As you dive into this highly anticipated show, check out some of the fun and fascinating behind-the-scenes tidbits the stars and crew have revealed about filming — including Edgar-Jones and Mescal's hilarious story about breaking the ice back in the beginning. Then check out the series on Hulu, streaming now.

Related:
The Normal People Soundtrack Will Help Tune Out the World While You're Deep in Your Feels
Previous Next Start Slideshow
Books To TVNormal PeopleBooksTV