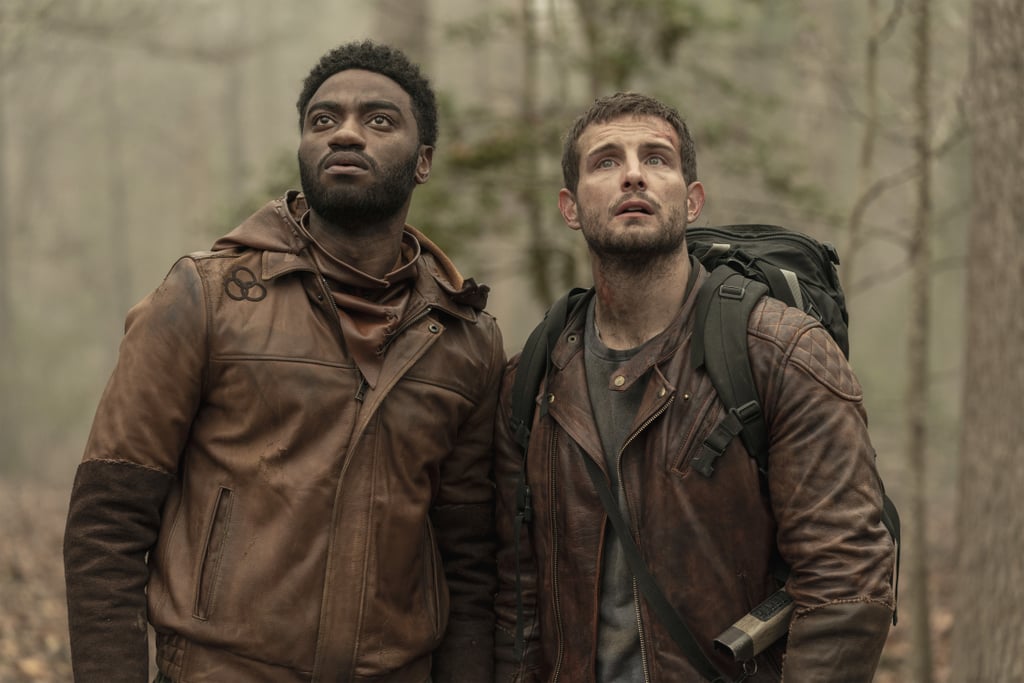 The Walking Dead wants people to know there's no place for homophobia in the fandom after comments were made in regards to characters from The Walking Dead: World Beyond. During the Jan. 25 episode of the Talk Dead to Me podcast, TWD: World Beyond actor Jelani Alladin discussed LGBTQ+ representation on the show, along with his character Will's relationship with Nico Tortorella's Felix.

Alladin's comments were immediately met with hate by homophobic fans saying things like "Can't enjoy male gay TV show characters I'm sorry man I can't do it." Others remarked that the relationship looked forced, with one YouTube user responding: "I don't like how every character simply HAS TO HAVE A LOVE INTEREST. oh we can't find a character for you, screw it you're gay with this guy. just stop. it's so fake just for added emotional drama."

The Walking Dead didn't waste any time tweeting their support for Alladin, saying, "If LGBTQ+ characters on television (or anywhere) make you uncomfortable or angry, please unfollow us. While we also encourage you to look within and be more accepting, know that there is no place in our fandom for hateful discrimination or willful ignorance." You can see their full tweet, as well as Alladin's response below.

Related:
The Walking Dead: What Are the Chances That Rick Will Return in the Final Season?
Previous Next Start Slideshow
LGBTQ+The Walking DeadCelebrity TwitterNico TortorellaTV
Around The Web