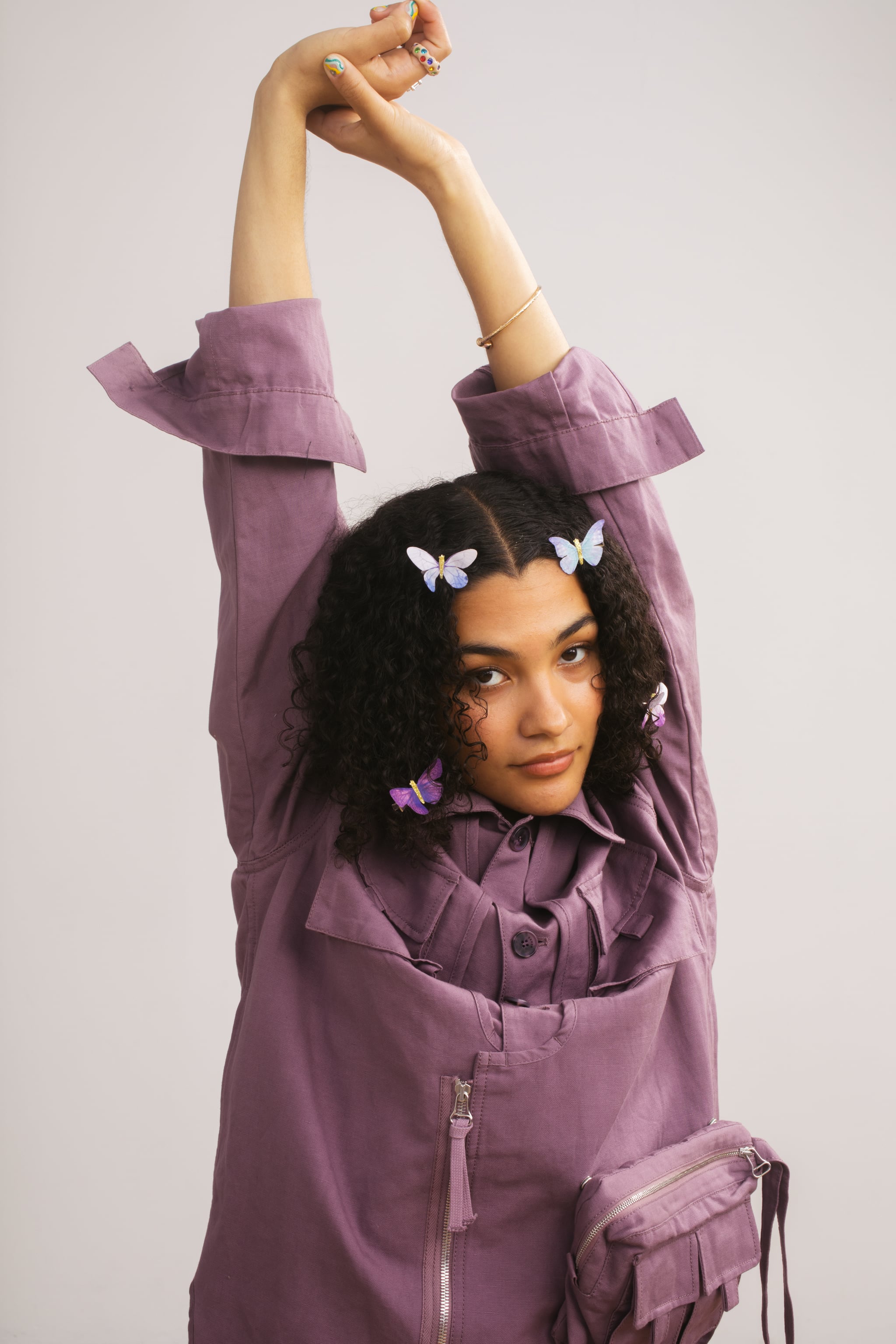 Olivia Dean is a hopeless romantic. She's deeply inspired by honesty and vulnerability, and strongly believes that you have to be happy in your own company before you're able to let someone else in. This self-awareness is evident in her music too: a soulful selection of tracks that centre around self-love, vulnerability, and personal growth. In fact, her latest single, "Be My Own Boyfriend", is an ode to loving yourself, and it's a result of the lessons Dean learnt during lockdown. We caught up with the artist to talk the BRIT School, music inspiration, and learning how to be alone.

Dean's musical journey began at the BRIT School, but there's an element of performance that's always been in her blood. "I was really shy as a child and my mum was like, 'You need to go and talk to all the children and become more confident,'" the singer told POPSUGAR. "I went to Saturday school and I started singing and I loved it and I did musical theatre first. I think I really enjoyed hearing other people's stories and seeing the drama of it all. Then I went to BRIT School for four years after that and I started songwriting there. I met some people that are in my band now, and I just fell in love with singing my own stories. Writing became very therapeutic to me, and very necessary." When it comes to a school that prestigious, there's an allure of mystery about how it all works, but according to Dean, "It's just a normal school. I did my GCSE there, but then you're able to do your one specific creative strand that you do. And then in sixth form, you do only music, or things like dance."

"I'm really inspired by honesty and genuine human connection, people being vulnerable and just actually saying [what they mean] and not sort of dancing around it."

In terms of her inspiration, Dean told us: "I think musically what really inspires me is soul singers. I love voices and I love lyrics. I've always loved the Motown era, and Carole King, and Aretha Franklin. Amy Winehouse was a really big person for me growing up too, she was very iconic." In terms of her personal inspiration, though, Dean noted: "I'm really inspired by honesty and genuine human connection, people being vulnerable and just actually saying [what they mean] and not sort of dancing around it. I think that's really cool. I guess that's what inspires me."

Dean spent a lot of time on her own during lockdown, and it's that alone time that led to her writing her latest single, "Be My Own Boyfriend". Prior to lockdown, Dean was pretty good at spending time with herself, and she strongly believes, "If you're already happy with your own company, then anyone else who walks into your life is just an addition." In terms of the track itself, the singer explained: "I spent a lot of time with myself and I'd recently come out of a breakup and I was just like, 'Hang on a minute, I think I'm my own boyfriend.' I learned to love my own company so much that I just really wanted to write a song about it. We wrote it in one day and I'm so proud of it."

She added: "I think I'm quite a hopeless romantic. I've always been kind of obsessed with love and a lot of my music is about love, and I think I've been in love a lot since I was 16. I love being in love with people and I think that after I came out of my last relationship, I was like, 'Where do I give all my love? Who do I send it to?'" 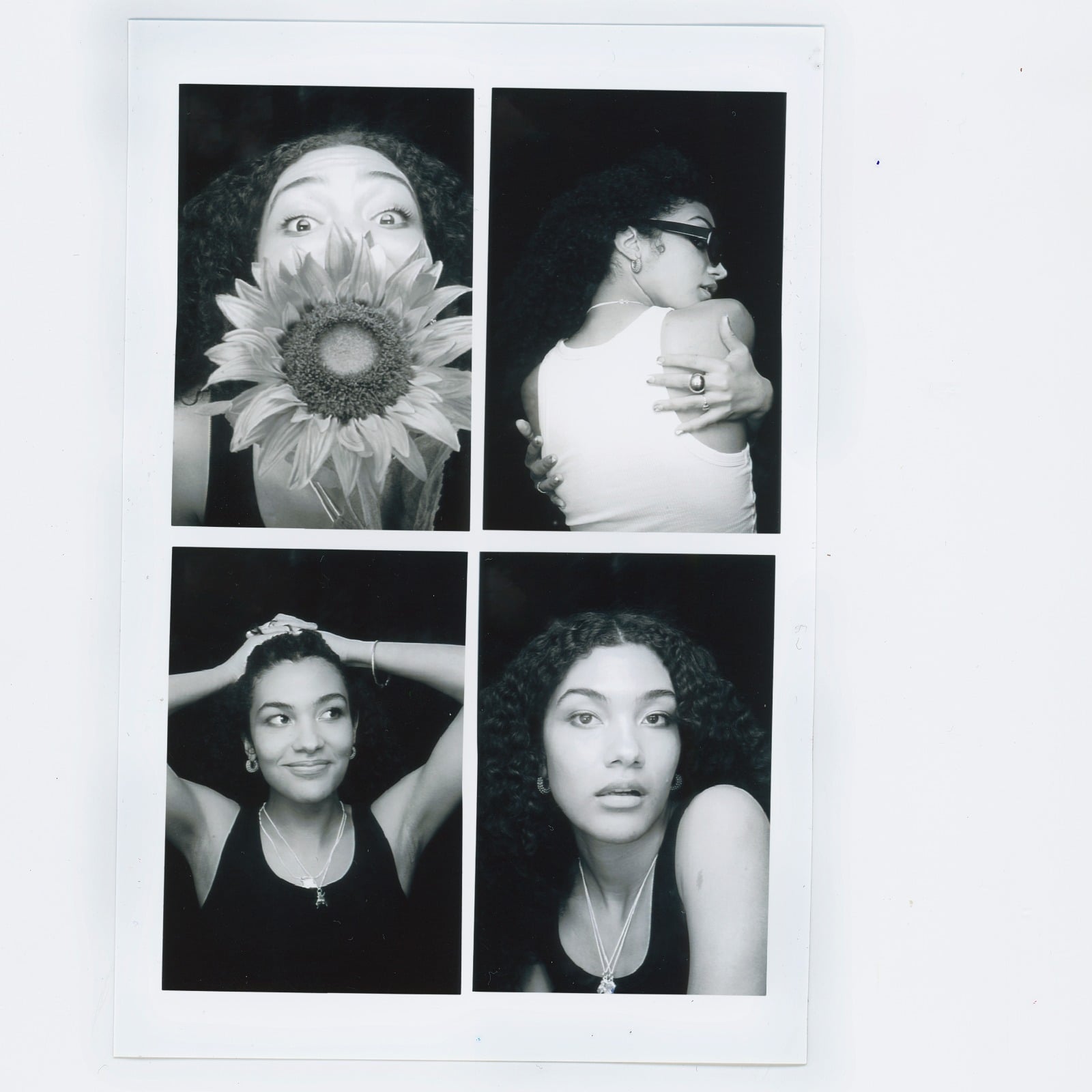 When it came to creating the video, the concept for Dean was glaringly obvious. "I thought that a very relationship-y thing to do is to go to the photo booth and take pictures, and then I decided, 'Let me just go by myself. Let me go by myself and get some cute pics,' so I went to Rough Trade in Shoreditch, and I've been with friends and boyfriends before, so it felt really powerful to be in there by myself, and I paid the £3 and took those pictures and I picked my favourites," she explained. "It just made sense for the video to be the photo booth coming to life, because I feel like that's what the song embodies. It's the different personalities, the four different mes, all loving each other and having a great time inside my head. You go to a photo booth to capture a moment in time and with someone that you love. So I was just like, 'Let me capture me right now at age 22 in this pandemic loving myself.'"

"I've always been kind of obsessed with love and a lot of my music is about love, and I think I've been in love a lot since I was 16."

Her upcoming EP is aptly named Growth and sees Dean exploring more of the same themes of self-love, honesty, and personal development. "More so than in my previous music, I've been writing more about me and less about how another person's made me feel," she said. "It's about everything I've learned in the last year. It's quite a downtempo project, which wasn't my intention to really make, because I had just released quite a sad breakup EP, but I think this year has been quite downtempo, so I'm not going to come out with all this mad party music even though I do really want to party. The project is about growth in many senses, about my hair growing, and my ideas about myself and how I look at love. I really hope people like it. I'm excited for people to hear it, it feels like quite a vulnerable project." As for the release date, Dean admitted that there isn't one yet, purely down to the fact that she's a self-proclaimed perfectionist who simply hasn't committed to one.

Dean's dreams for the future include having a horn section at her next live show, singing on Later... With Jools Holland, and performing at Glastonbury, in whatever shape or form is available. Until then, the singer is performing at All Points East on 28 August, has a slew of shows at London's iconic Jazz Cafe, and is releasing her new EP, Growth, "when the flowers are blooming and the sun's coming out", according to Dean herself.

British Celebrities
James Corden on Prince Harry's Departure From Royal Life: "I Cannot Imagine Any of It Is Easy"
by Tori Crowther 7 hours ago