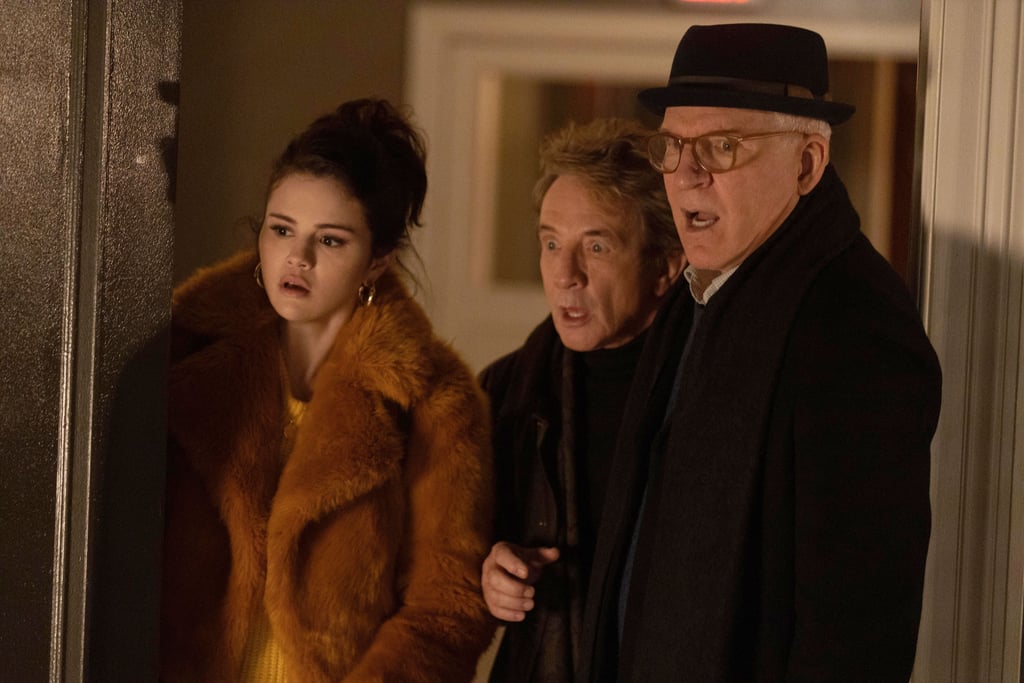 Season one of Hulu's Only Murders in the Building left viewers with the gripping cliffhanger of Bunny's (Jayne Houdyshell) murder. The Arconia's grumpy head of the apartment board definitely had her fair share of enemies — including the trio behind the "Only Murders in the Building" podcast. Mabel (Selena Gomez), Charles (Steve Martin), and Oliver (Martin Short) all went up against Bunny when she tried to evict them from their homes, but they aren't the only ones who could have taken out the Arconia fixture.

The season finale finds Mabel looming over Bunny's dead body before she, Charles, and Oliver are taken away from the building in handcuffs. Still, there's so much more to the story that will inevitably unfold in season two. But while we wait for Hulu to roll out the new season — which doesn't yet have a release date — let's discuss who may have killed Bunny.

Related:
21 Shows to Fill the Arconia-Size Hole in Your Heart After Only Murders in the Building Ends
Previous Next Start Slideshow
Only Murders In The BuildingStreamingHuluMartin ShortSteve MartinTina FeySelena GomezTV