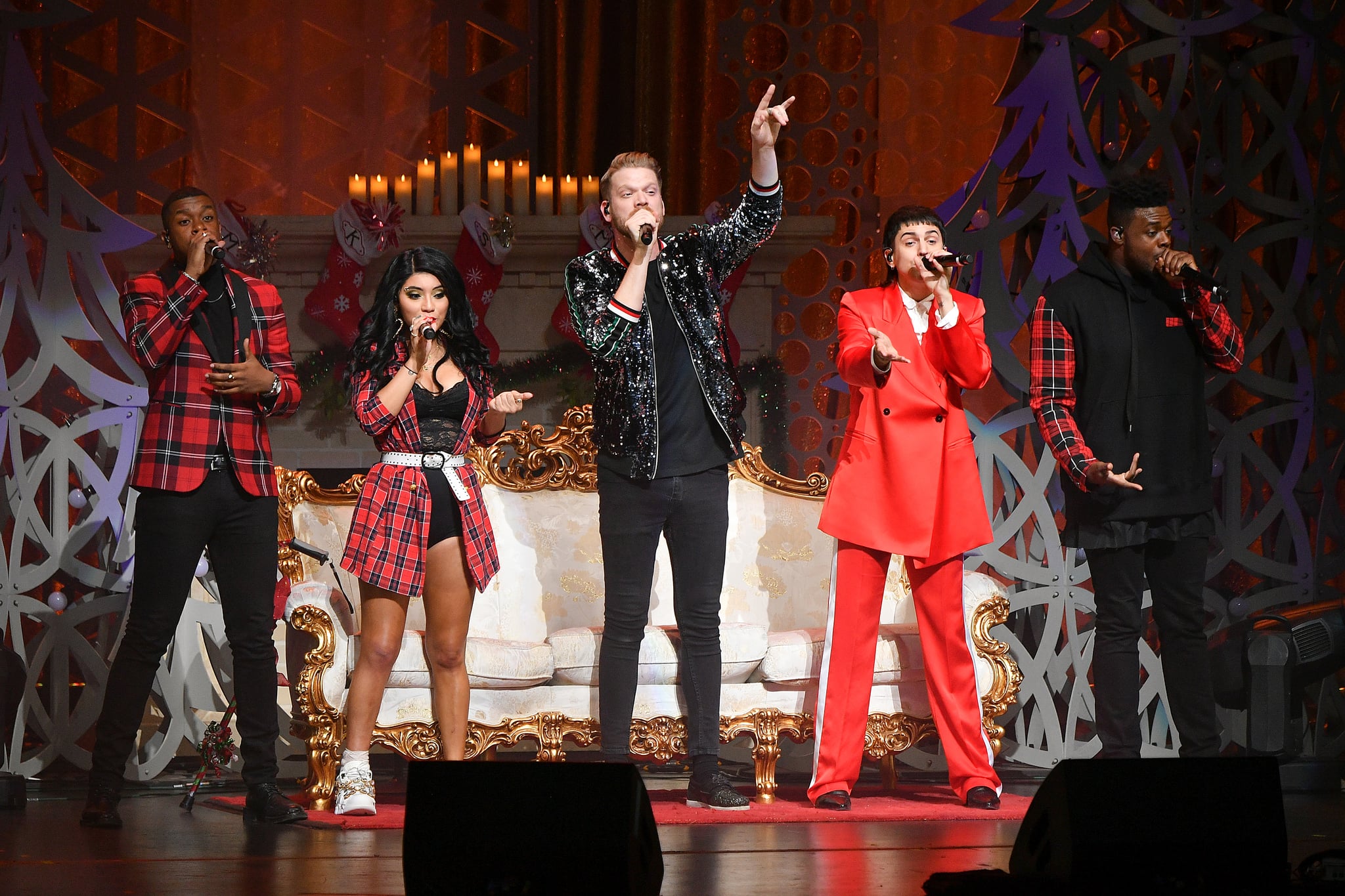 Pentatonix is getting a head start on Christmas this year. On Oct. 24, the a cappella group announced they are releasing a cover of "Do You Hear What I Hear?" featuring Whitney Houston. The short clip includes a snippet of the late singer's 1995 version of the song as Scott Hoying, Mitch Grassi, Kirstin Maldonado, Kevin Olusola, and Matt Sallee keep the beat in the background.

The new song is part of the group's upcoming Christmas album, The Best of Pentatonix Christmas, which comes out on Oct. 25. The album will be a compilation of their best Christmas covers and will also include four new songs. Seeing that we still get chills over their version of "Hallelujah," we have no doubt that their collaboration with Whitney Houston will be amazing. Listen to the first sneak peak ahead before the full version drops on Friday.

British Celebrities
From Skins to It's a Sin, Here's Everything You Need to Know About Olly Alexander
by Navi Ahluwalia 3 days ago