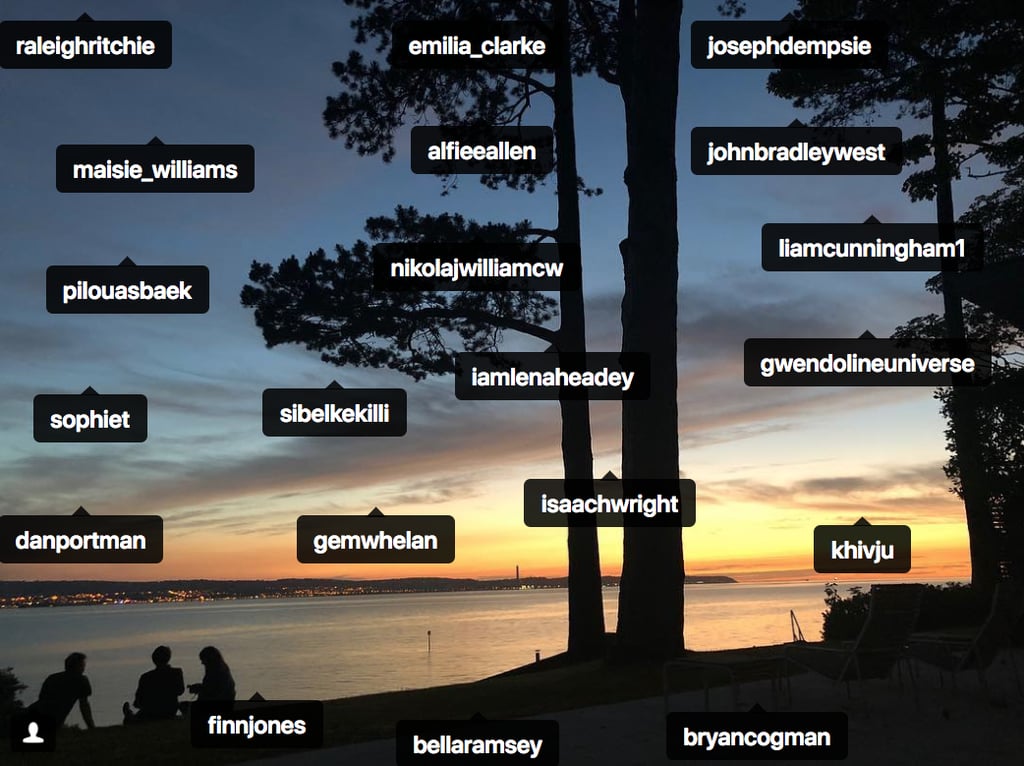 The cast and crew whom she tagged are significant.

So, who'd she call out in her post? Some of the cast, like Kit Harington and Peter Dinklage, don't have social media and therefore were left out of the mix. But among those who do, Emmanuel highlighted an extensive list:

While some of these shout-outs are expected — of course she'd tag Emilia Clarke — others are a bit out of left field.

So far, Missandei has not shared any screentime with Lyanna Mormont, so the shout-out might mean that the feisty young character will become a more prominent figure in season eight. Plus, Emmanuel tagged a few actors whose characters have been killed off of the show and never shared any screentime with Missandei, such as Shae and Loras Tyrell . . . so what does it all suggest? Perhaps there will be significant flashback sequences in the final season!

Cogman, the writer tagged in Nathalie's post, has directed several Daenerys-heavy episodes, such as "Stormborn" in season seven. (You might recall the significant sex scene between Missandei and Grey Worm from the same episode.) While Cogman isn't set to direct during the eighth season, he might have had a significant hand in writing it — plus, Cogman is writing the script for one of the highly anticipated GOT spinoff series currently in the works.

Netflix
Uh, Did We Completely Miss This Obvious Murder in You Season 2?
by Stacey Nguyen 10 hours ago