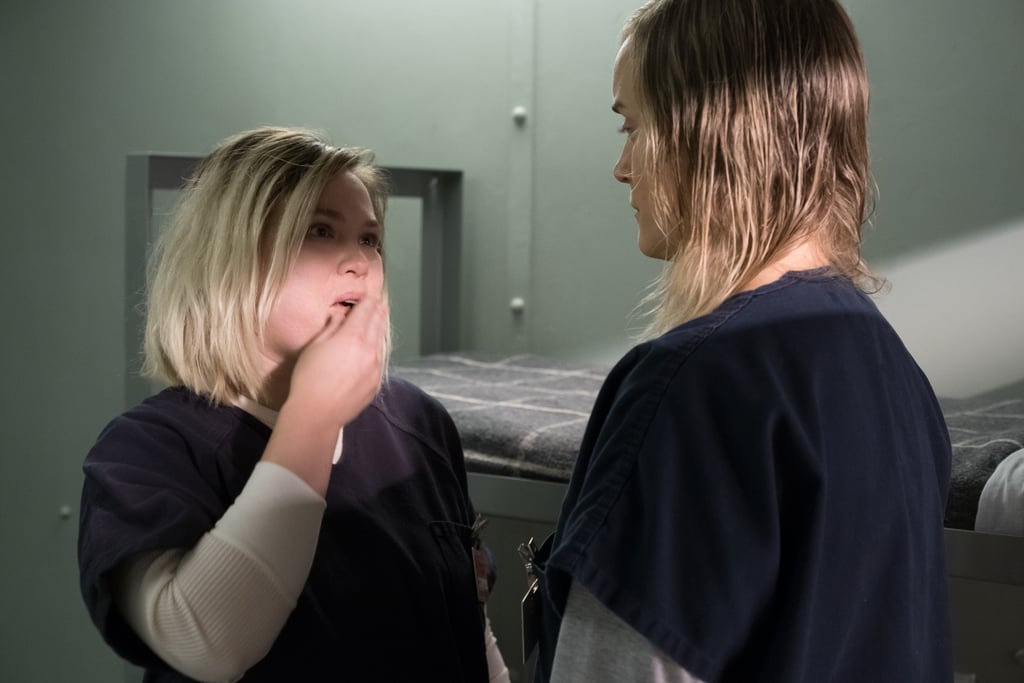 Madison is Piper's new roommate in the C Block at max. Going by her self-appointed title, Badison, she works as right-hand man to the C Block drug lord, Carol.

Badison starts off quite friendly with the new girls (who she and her crew call the "cookies"). However, no good deed from Badison comes without some form of future favour. After helping Red, Alex, and Piper, she later comes knocking to collect payment.

New beef unfolds on the kickball court after Piper stands up to her in front of her crew. Embarrassed and out-for-blood, Madison vows to takedown Piper, even making a deal with a CO to add false reports to her record. She is nearly successful until Carol comes to put her in her place and has her focus on rallying their troops for battle.

Badison leads the charge for Carol in the war between the C Block and D Block, ending up being the last loyal solider standing.

Netflix
Just Watched The English Game on Netflix? Here's the True Story Behind the Sports Drama
by Corinne Sullivan 20 hours ago

Netflix
Is It Too Early to Start Planning For Halloween? Because These Tiger King Costumes Are WILD
by Danielle Jackson 1 day ago