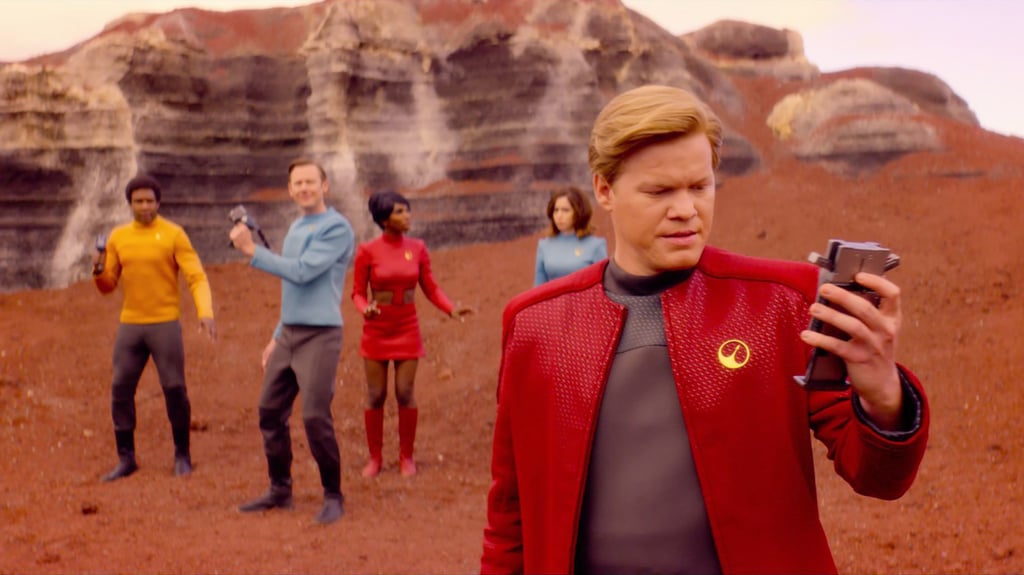 "USS Callister" is arguably season 4's best episode, blending together commentary about virtual reality and power hierarchies in the tech industry, especially as it affects women. It follows the life of the quiet Robert Daly, the CTO of an online game company. Stealing DNA, Daly replicates the consciousness of coworkers, including newbie programmer Nanette (Cristin Milioti). He controls them in his VR game, where he's the megalomaniac space captain of the USS Callister. Utterly shocked, Nanette encourages the crew to take down Daly.

Flaunting the aesthetics of a sci-fi feature, "USS Callister" thoughtfully elevates a female protagonist who's both complicated and badass. On top of that, it features a talented cast, which includes Milioti, Jesse Plemmons, and Michaela Coel. Plus, the punchy ending isn't too grim, which is a reprieve from typically bleak Black Mirror installations.

Netflix
La'Darius Marshall Talks Retiring From Cheer at Age 21: "I Want to Be Something Different"
by Perri Konecky 1 day ago