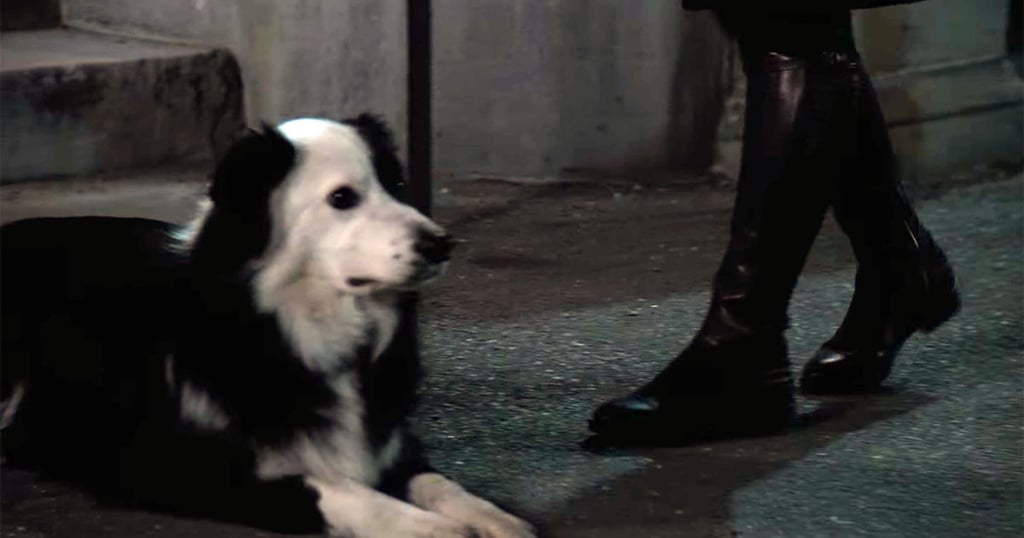 Is the Dog Still Alive? (He Better Freakin’ Be Alive!)

Let's face it: all the characters in The Society, except for maybe Sam and Gideon's new baby girl, are trash for some reason or another. And I get it – they're teenagers! They're full of angst! And hormones! And probably freaking out about the town's Axe body spray shortage! But that doesn't change the fact that they're the worst, except for the show's greatest character: the dog!

The fluffy black and white dog pops up here and there after their town is pulled into whatever alternate universe they're stuck in. Eventually Elle finds him scrounging for food outside her home and invites him inside, where she gives him treats and plenty of love. This, of course, doesn't go over well with her abusive, psychopath boyfriend Campbell, who is jealous of pretty much everyone and everything who takes Elle's attention away from him, including the dog. Elle comes out of the shower one night to find the dog missing, and Campbell washing what looks like blood from his hands in the sink. He denies having seen the dog and blames his disappearance on Elle leaving the back door open.

At the very end of the season, though, it looks like the dog survived! And is back in the original universe, apparently?! I just really want him to be OK, you guys.