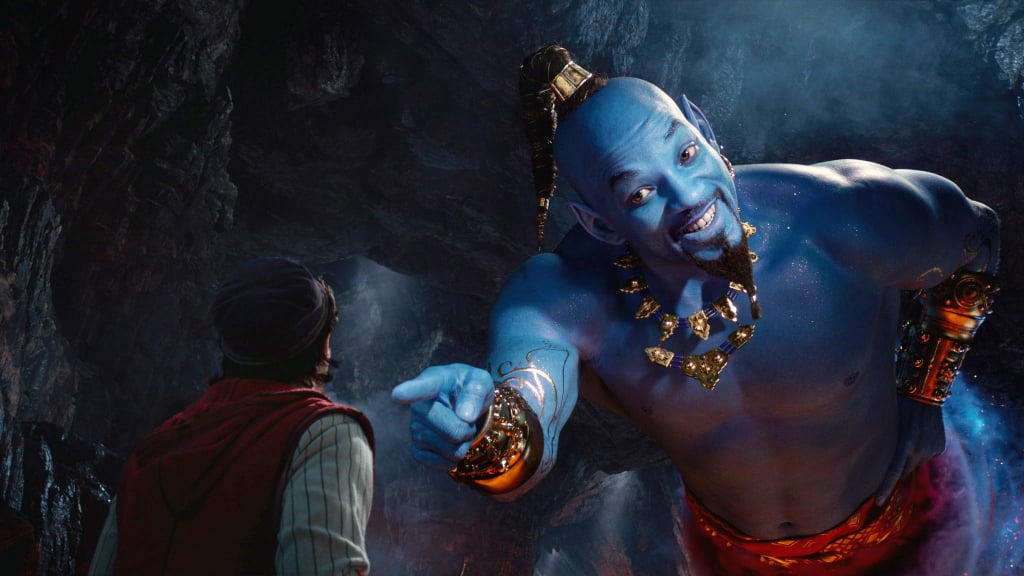 The Genie Gets a Wife (and Kids!)

The reboot actually opens with the Genie in human form on a boat, where he sits his two young children down to tell them a story. We don't see his wife's face as she hangs laundry in the background, but later on in the film it's revealed that the flash-forward was indeed Pedrad's character. They presumably go on to live a life as poor-but-happy fishermen, travelling the world together with their kids.

Now, is this side-plot needed in the film? Absolutely not. The Genie really does not need a girlfriend to make this movie work. However, despite the bizarre inclusion of their romance, Smith and Pedrad's chemistry is one of the high points, with them sharing some of the film's funniest exchanges.