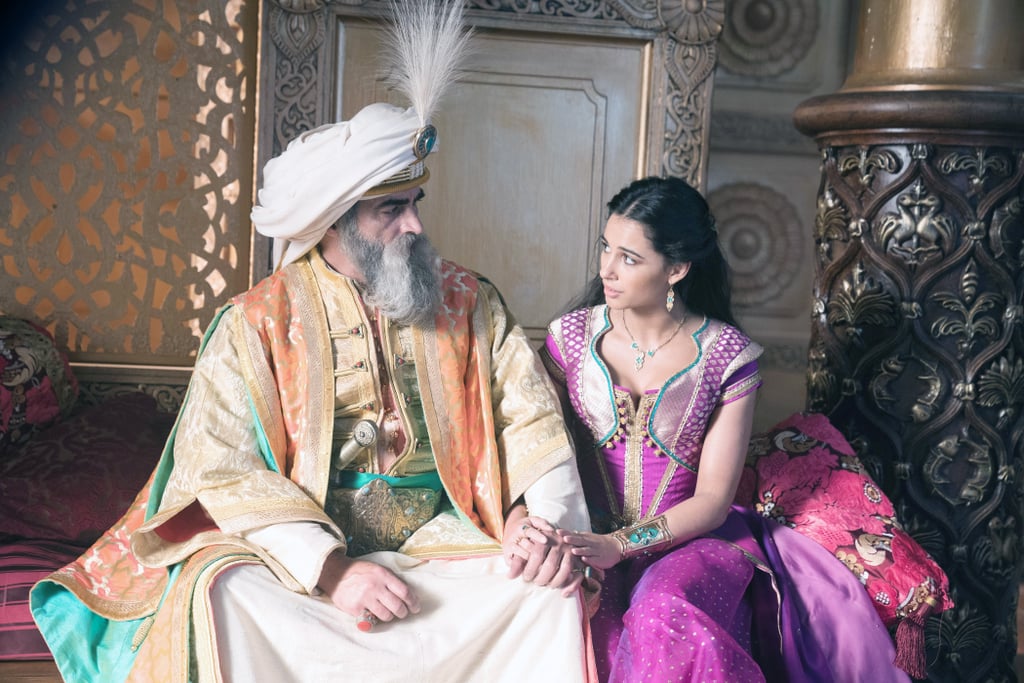 In the 1992 movie, Princess Jasmine and her father, the sultan, get into a fight early on because one of their kingdom's rules proclaims that she needs to get married by a certain birthday. The OG sultan clearly loves his daughter, but mainly wants to marry her off so she can lead a "comfortable" life while he's gone. At one point he even says that Aladdin will make a great future sultan when he's still under the impression he's Prince Ali.

In the new film, Jasmine's issues with her father and the kingdom's rules are a little more ambitious — she wants to be sultan herself after her father, but the rules say no woman is allowed to hold that title. The sultan is still trying to marry her off, but it's more about securing an alliance for their country, rather than pawning her off on another man. Luckily, after seeing the strength that his daughter shows in their fight against Jafar, Jasmine's father allows her to both marry Aladdin and become sultan herself.