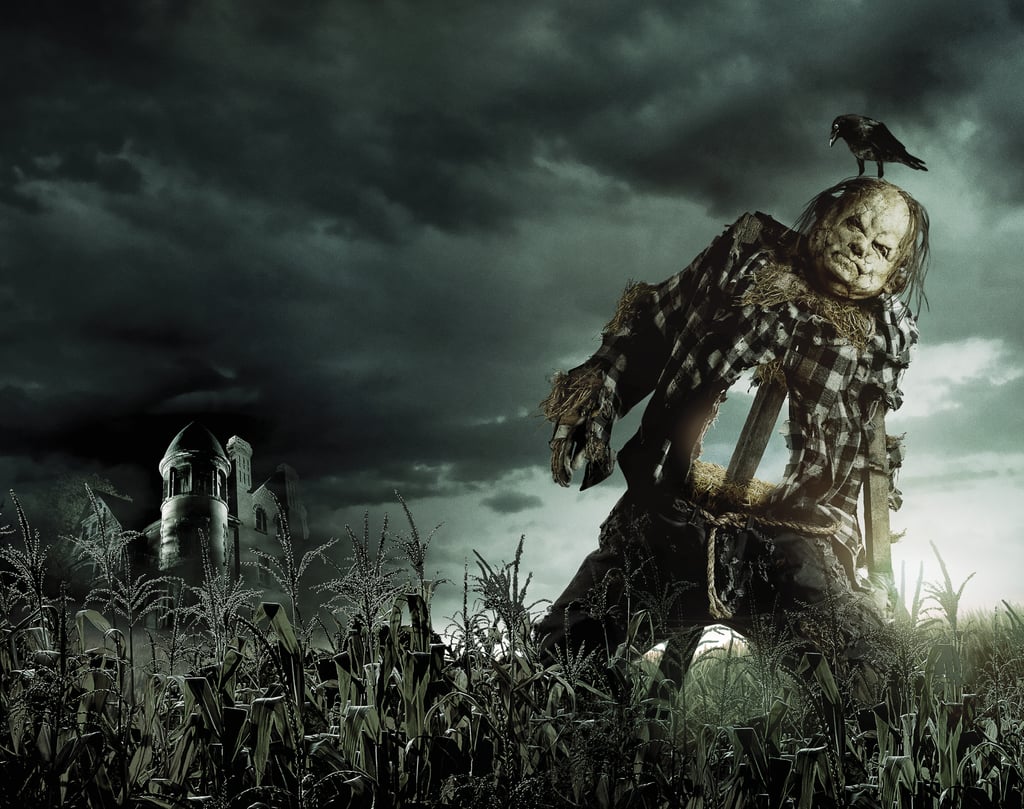 The story it's based on: "Harold"

How scary it actually is: Oh, Harold. I feel for the guy, I really do. Not only does he literally have a stick up his ass day in and day out, but no one even bothers to brush all the cockroaches from his face. Oh, and he's routinely put through the abuse of Tommy Milner, the bully whose parents own the farm where he resides. So, Harold is primed and ready to get revenge when Sarah animates him and sicks him on Tommy on Halloween.

To be fair, who in their right mind would construct a scarecrow with a mottled, lifelike face (and greasy, stringy hair trailing out the back of his skull) and not expect it to come alive one day and murder you in a cornfield by stuffing your body with hay?! He looks like me the morning after a night drinking 10 too many tequila shots (if the bar I was at was located in hell). Harold is terrifying with or without Sarah's curse, and I fully blame the Milners for putting him on their property to begin with.

That being said, I definitely had a nightmare about Harold and his jerky, frenetic murder of Tommy yesterday, and would likely expire on the spot if I ever saw him in real life. Hence his spot on this list.

Netflix
Shocked by The Old Guard's Ending? Here's a Breakdown of That Final Twist
by Stacey Nguyen 9 hours ago