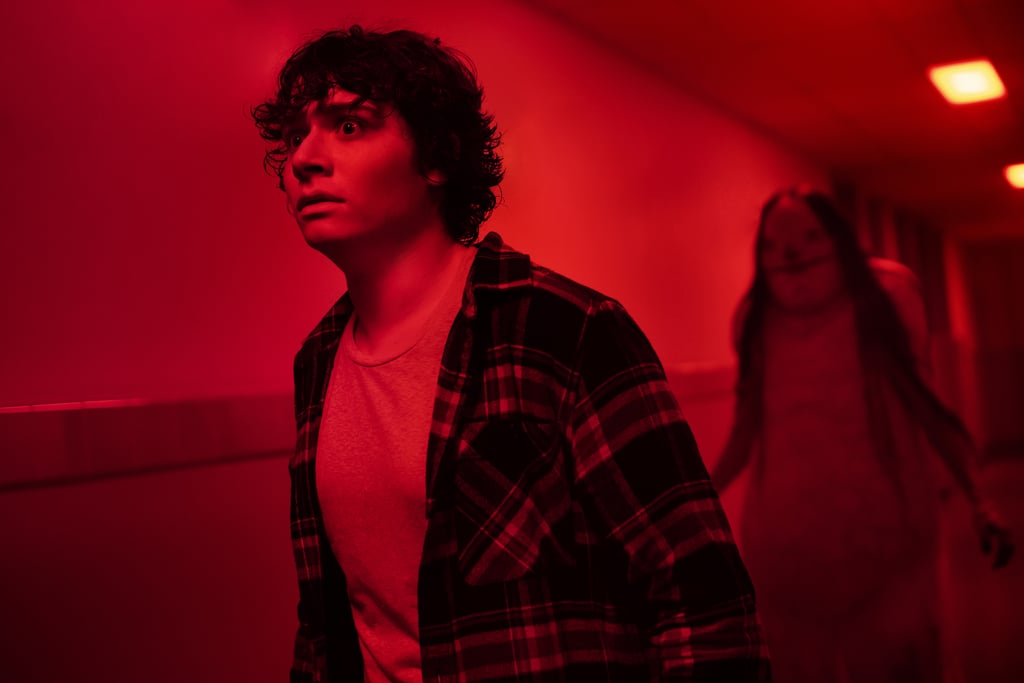 The story it's based on: "The Dream"

How scary it actually is: This red-tinged scene is a riff on a Schwartz story about obeying warnings in a dream, only to discover they weren't warnings at all — they were a trap. In the film, Chuckie falls directly into it, separating from his friends in a mental asylum and getting sucked into the all-consuming body of the "Pale Lady," who stalks him through the corridors.

This scene isn't necessarily gruesome or gory compared to the others, but what makes it so effectively scary is the suffocating dread that envelopes you while watching the fatal cat and mouse game between Chuckie and the Pale Lady slowly play out. Everywhere he turns, she's there — unlike the Jangly Man, which Ramón escapes by hiding, Chuckie is powerless to avoid the Pale Lady's inevitable advancement. For a monster that looks like a powdered doughnut in a wig, this is a wildly unsettling scene that has echoes of It Follows.

Since the ending of the film very obviously sets up a sequel, I have to wonder what other monsters are lurking in our future (if the studio indeed moves forward with another film), or if we'll ever see these nightmarish creatures — and their victims — ever again.

Casting News
So, Jason Momoa Is Playing Frosty the Snowman in a Live-Action Film, and I Have Questions
by Victoria Messina 3 hours ago

Disney Plus
A New Hamilton Doc Is Coming to Disney+, So You Can Be in the Room Where It Happened
by Grayson Gilcrease 2 days ago

Disney Plus
Beyoncé to Release Stunning Visual Album, Black Is King, on Disney+ — Watch the Teaser!
by Brea Cubit 4 days ago

Reunions
The X-Men Cast Had an Epic Reunion, So Naturally, Ryan Reynolds Had to Crash
by Kelsie Gibson 2 days ago

Netflix
Eurovision Song Contest: Yes, Those Were Actual Contestants During the Film's Song-a-long
by Grayson Gilcrease 5 days ago