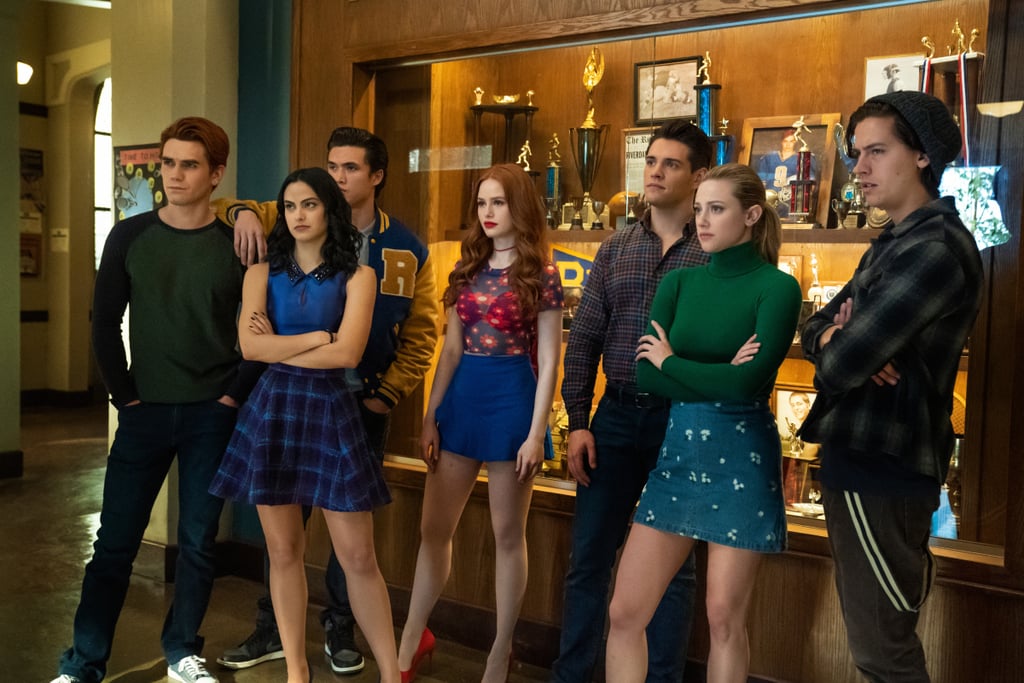 What Will Riverdale Season 5 be About?

Season four ended rather abruptly, leaving fans wondering what will happen after the voyeur and their accomplices filmed themselves killing Mr. Honey before sending it to the core Riverdale squad. There were supposed to be three more episodes, which included senior prom and graduation, but those will be tacked onto the beginning of season five instead. After those chapters air, there will be a significant time jump, Aguirre-Sacasa confirmed to TVLine. "So what we're doing is picking up right where we left off for the first three episodes, and then doing a time jump . . . after those three episodes," he said. TVLine reports that the jump will likely cover five years, so we'll get to see the talented young castmates act closer to their real ages.