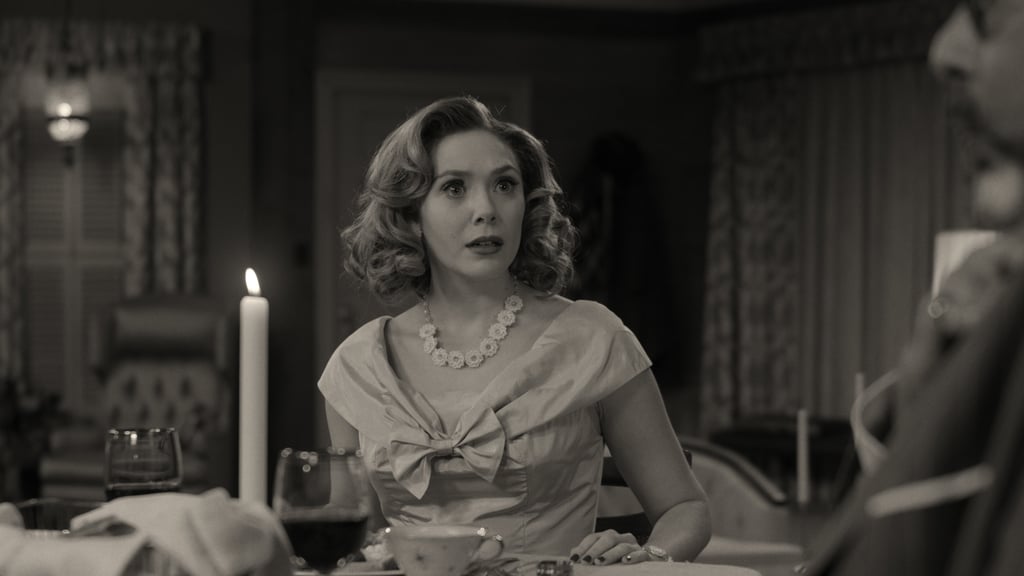 The most popular theory floating around stems from one of the comic book stories that WandaVision was inspired by, House of M. After suffering from a mental breakdown because of the death of her children, Wanda alters the fabric of reality to create a world where her family rules over mutant-kind. This reality, Earth-58163, is known as an alternate version of Marvel's base reality and is later replaced by Earth-616 as the main reality. To suit the circumstances of WandaVision, where mutants don't exist, fans believe that Wanda has created a pocket universe where Vision is still alive, and they're able to live out their perfect life.

There are also plenty of moments that support the theory, including Wanda's ability to "rewind" time when she desires. Everyone in the town keeps up the facade of happy-go-lucky neighbours around Wanda as if they know their fates are in her hands and they must keep her happy. During the near-fatal dinner with Mrs. and Mr. Hart, it's only after Wanda permits him that Vision moves to save the life of the choking Mr. Hart. And of course, there's the fact that Wanda was able to throw Geraldine out of WestView in the third episode. Everything seems to suggest that Wanda is controlling what's going on behind the scenes of WestView. There are moments where she seems to be the most aware that there's a world beyond the town.

The only thing marring this theory is that Wanda doesn't have the power to warp reality. There's no denying that she's powerful, but Wanda's abilities in the MCU are not the same as her powers in the comics. Since her introduction, Wanda has used telekinesis, telepathy, and energy manipulation, like the creation of force fields and bolts of energy. She doesn't have the chaos magic that the Scarlet Witch does, which allows her to reshape reality however she wishes, including warping it and manipulating existence itself. Maybe that happened in a time jump that we'll discover at a later point, but otherwise, it's hard to understand where Wanda would have gotten the power to create her little pocket reality.

Netflix
Stranger Things: What Happened to Other Kids in the Rainbow Room? Welp, We Know
by Stacey Nguyen 2 days ago

Netflix
Stranger Things: What Is the Rainbow Room? Here's a Quick Refresher
by Stacey Nguyen 2 days ago

Streaming
Stranger Things: Need to Quickly Brush Up on Dr. Brenner? Here's What to Remember
by Stacey Nguyen 2 days ago

by Kelsie Gibson 36 minutes ago