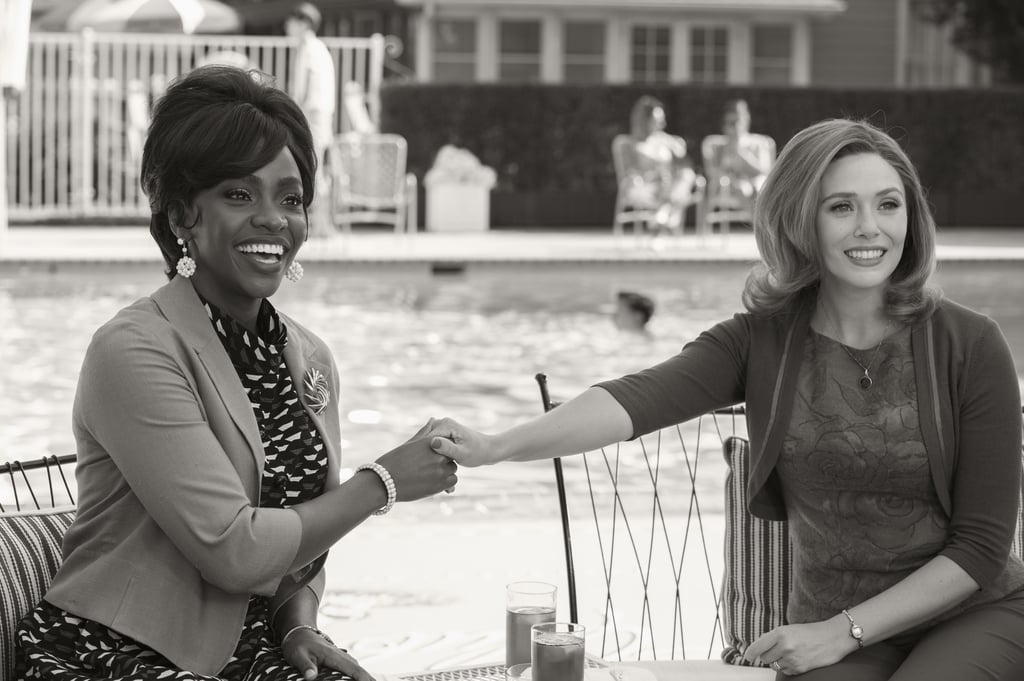 Monica Rambeau Will Gain Her Powers and Become Photon (Or Spectrum)

This is one of the theories most likely to come true! Monica Rambeau makes her debut in WandaVision under the guise of being a WestView resident named Geraldine. She becomes fast friends with Wanda until she's unceremoniously kicked out of the town when Wanda discovers there's more to her than meets the eye. When she lands, she's radiating the red residue from Wanda's magic and she's quickly surrounded by fellow S.W.O.R.D. agents. Fans already know that Monica first appeared as the young daughter of Maria Rambeau, best friend of Carol Danvers, in Captain Marvel. And, should our theory come true, she'll soon be fulfiling her comic book destiny to become a superhero.

Monica was the first woman to hold the Captain Marvel mantle in the comics, but since the title is currently occupied by her pseudo aunt, it's unlikely she'll take it up. It's more likely that her adventures in WandaVision will lead to her gaining her ability to convert her body to energy and take on one of her other aliases, Photon or Spectrum. (Maria's pilot nickname in Captain Marvel is Photon, so we're going to go with that for the mother-daughter feels!) That would be the perfect segue to her part in the upcoming Captain Marvel sequel, after which she could take on her comic book role as the new leader of the Avengers.