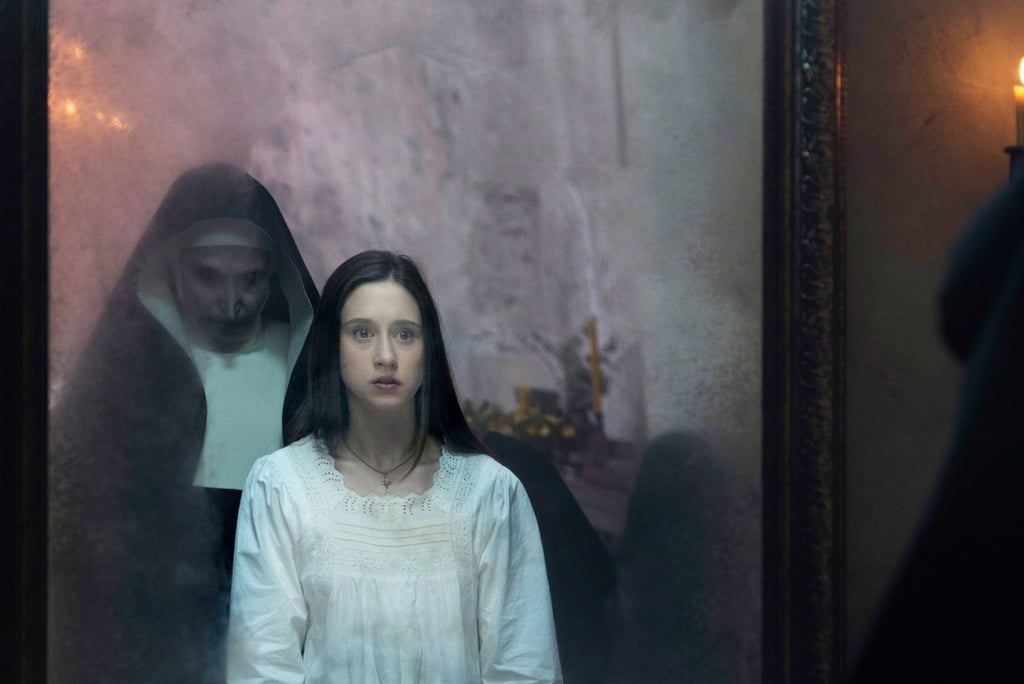 Set in 1952, 2018's The Nun is a spin-off film centreing on the demonic entity Valak. To keep this evil from escaping a Romanian abbey, a young nun commits suicide, leading to an investigation by the Vatican. The sceptical Father Burke teams up with the gifted Sister Irene and a local man named Frenchie. Together, the group discovers not all is what it seems and the abbey might not be as holy as they first thought. Unbeknownst to them, the abbey holds a dark secret that could be the key to defeating the demon that stalks the halls.

Watch The Nun on HBO Max.

Previous Next Start Slideshow
The Conjuring: The Devil Made Me Do ItAnnabelle Comes HomeThe ConjuringThe NunStreamingHorrorMovies