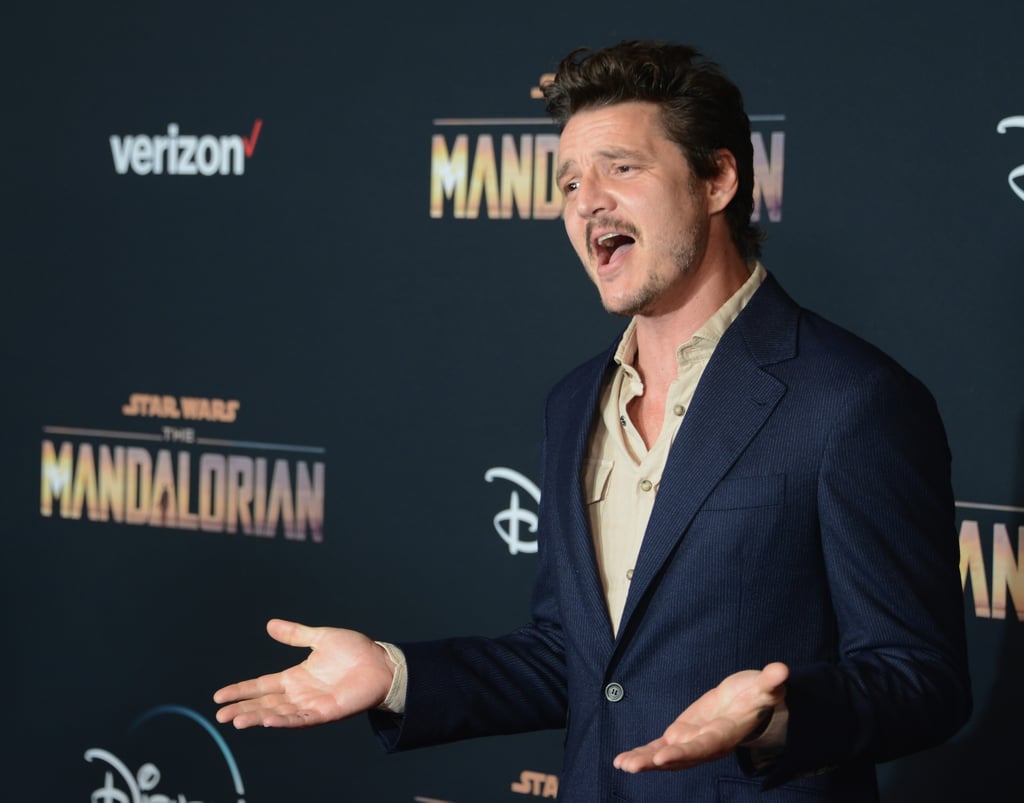 For now, pictures of Pedro Pascal, who plays the Mandalorian, are about as close as we're going to get to seeing what the title character of The Mandalorian looks like. Famously, the reticent bounty hunter doesn't take his helmet off, for a variety of slightly mysterious reasons, so if you want to know what's under his helmet, this is the only way to do it — for now, at least. Pascal's face is definitely a familiar one, thanks to his role in Netflix's crime drama Narcsos and, of course, his breakout role in Game of Thrones as the Dornish Prince Oberyn Martell. For a few pictures of what the Mandalorian looks like — which is to say, a few pictures of Pascal — keep reading!

Netflix
Wondering About the Main Characters of Future Bridgerton Seasons? Here's What to Know
by Amanda Prahl 17 hours ago

Netflix
Dearest Reader, Bridgerton Has Been Renewed For Seasons 3 and 4
by Kelsie Gibson 21 hours ago